Kanika Kapoor and her never-ending problems will continue for a while. Singer Kanika Kapoor seems to have gotten herself into deeper trouble with her social-media post where, presumably under wrong advice, she played the martyr blaming wrong information and media-hounding for her predicament.

The UP police have served her a notice to appear before them on April 30.

All my efforts to contact Kanika were met with stony silence. I can understand her reluctance to communicate her thoughts at the moment. Her headspace must be tragically crowded and confused with what-did-I-do self-questioning.

One of the popular singer who has worked with Kanika more than once described her as “sweet, friendly but not too bright”.

“I am sure she didn’t mean to cause any harm. But when the shit hit the ceiling she did the worst possible thing by trying to run away from her responsibilities,” says the friend, adding that Kanika needs better advisers.

“Her PR and marketing team clearly saw this (the corona controversy) as an occasion to up her popularity. You can’t mess around with something as serious as this. You must understand that most celebrities think they can get away with breaking government rules and regulations because they do(get away with it). This time the tables were turned. The Government decided to make an example of Kanika, to show that celebrities can’t get away with breaking the law especially when the matter concerns national security and health.”

Sources say Kanika’s troubles may go on for a while.

A minister from the central government tells me, “She will have to see this right to its end. And it will have repercussions on her career. Sadly, this situation needn’t have happened at all.” 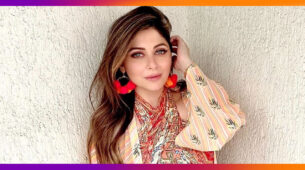