Virat Kohli is a champion in the true sense of the term. The man is currently at the peak of his career and he has already earned the status and reputation of a legend.

Bowlers all around the world are literally scared and afraid to bowl to him as with his unique ability, he can dominate any bowler at any given point of time.

But guess that one bowler who Virat Kohli actually feels has given him a tough time and is one of the best he has faced?

Well, it’s none other than England’s legendary bowler, James Anderson.

Anderson recently achieved the feat of taking 600 International test wickets and Virat took to social media to congratulate him on the same. Take a look – 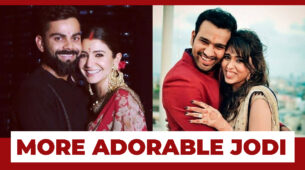