Jusprit Bumrah and his house pictures are for you to see.

Jusprit Bumrah the Indian right-hand bowler has represented the country in all formats of the game. From Ahmedabad, Bumrah has had a brilliant start to his career and has worked his way to many success stories with the ball. Though he has had few nagging injuries that have halted his progress now and then, he has been one dependable player with the ball for India.

He made his test debut in 2018 and his one day debut in 2016. He has been a huge utility with the new ball as well as the old ball.

Jusprit Bumrah owns a huge designer house in Gujarat. He bought it in the year 2015. The current value of the house in 3 crore Rs as per caknowledge.com. 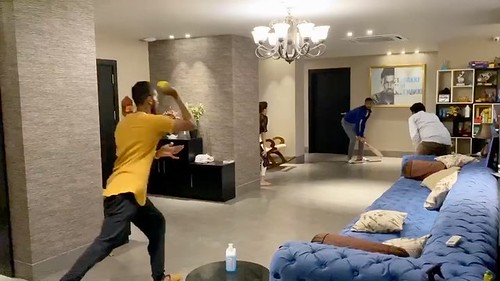 Are You a Fan Of Jusprit Bumrah? See His Latest Stylish Looks