Unlike sportsmen in the earlier days, these youngsters love to make a style statement. Who do you think is a fashionista amongst KL Rahul and Hardik Pandya? 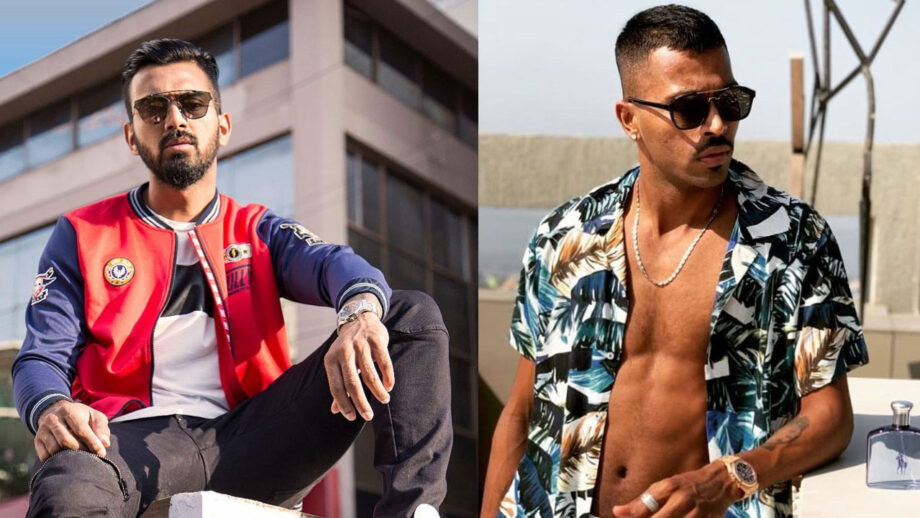 KL Rahul is seen as the next big thing in Indian cricket. He is already one of the most sought after batsmen in the country and a great wicket-keeper as well. KL Rahul is great on the cricket field with his batting and fielding skills, he is also a fashionista when it comes to styling. KL Rahul loves dressing up according to the occasion and never makes any blunder with fashion. In fact, he is the co-owner of GullyLiveFast, a streetwear brand. KL Rahul has a never-ending love affair with jackets as he is often seen with one.

On the contrary, we have the flamboyant youngster Hardik Pandya. Pandya is well-known for his fashion choices. He has sported a variety of looks and to be honest, he oozes confidence in any outfit. Hardik Pandya has often opted for funky prints, long jackets or even velvet blazers. He doesn’t shy to experiment with his fashion and he is never short of self-belief. From fancy shades to statement accessories and from florals to shimmery, he has carried it all.

Although both the cricketers have a different taste in fashion, Who do you think is the true fashionista of sports?