Radhika Apte is one of the most talked-about actresses these days that is hot and glamorous with her simpleton looks. She has handled her career very efficiently and that is why she has gained appreciation from critics as well. This multi-talented actress has excelled in complicated and multifaceted roles. She has been able to pull off the most really battery performances in her career which is just beginning.
She has been title as Indian web series Queen who is there to stay as the audiences love every bit of her screen time in a variety of series.

This dusky beauty has never refrained from performing any character. She has set the screen on fire with her confidence and attitude coupled with the style which has pulled her long way.
Starting a career with miss able style, Radhika is turning into a Diva, an inspiration for millions and a heartthrob of others. She has a sensational amazing style which coupled with designer apparel rose her to the top of the chart of the glamorous actress, who has unique and sexy dressing sense. Her hotness and sexy appeal has put the temperatures scorching higher always in which ever role she is into.

Due to her style and appealing beauty she has over 2.7 million followers on the Instagram handle. Her comparison with any of the other trending beauty is simply not possible because she has a unique style that disappointed audiences and her fans while she was absent from the sequels of many web series.

As an actress, she has done great justice to all the expectations of the audience with her impeccable acting skills and the daring outfit she can flaunt with ease. She has explored various genres of acting like thriller, drama and adult comedy in the movies like Rakth Charitra, Shor in the City, Hunterrr, Padman, Andhadhun, Badalpur, Secret Games Season 1, Lust Stories and Ghoul.

With the bold pictures of her that she has been posting on Instagram, she has grabbed the attention of audiences. She looks ravishing in all her avatars. As a versatile actor, she has a lot of fame and she is well-deserving to carry this with comfort. 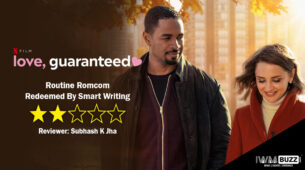