Adhvik Mahajan talks exclusively about his short film which he shot during the quarantine phase and will be streaming soon. Adhvik Mahajan the Divya Drishti fame popular actor is hopeful of a new dawn post the hit on the economy on a global level. As we all know, our Nation too is presently in the lockdown phase to safeguard lives against the COVID 19 outbreak.

Adhvik is making the best use of time at home with his wife Neha Mahajan.

We got into an exclusive conversation with him and he came up with his thoughts on the global setback due to COVID19 and also on his new passion that he is exploring these days.

Says Adhvik, “I think the end of May should be the last to the suffering that we, on the whole, are experiencing in the country. Things should get better from June, is what I feel personally. Also, India has been doing really well in its fight against the virus in comparison to other countries. We will also get a good name for the kind of fight we have waged against the virus. Nobody would have imagined that a country with 130Cr has negotiated the Virus so very well. The Government has put in adequate measures and the results are showing.”

Adhvik feels that new prospects for the betterment will open up at the business level. “Lot of companies are backing out from China and are moving their base to different countries. And a lot of them are in talks with our Government. So in the next two to three years, new companies will open up and this will bring in more job opportunities for our people, is what I feel. The economy will surely go down now, for the next six months or so. But overall, if you see, the next two to three years can be fruitful if we overcome this phase.”

The talented actor in the meanwhile has kept himself busy writing a script. “My mind does not sit idle and demands some work always. So I wrote a short story when I found myself getting affected by the religion discrimination happening around us. I had some thoughts which I penned down into a short story. I have earlier written stuff but never felt like making them. But this time around, I went ahead and shot the film.”

Adhvik has been working hard on his short film which has been shot during the quarantine phase. “I rearranged my entire house to shoot this film. I directed it, took care of the lighting and camera work and acted too (smiles). I am working on the edit and post-production of the film right now. This will be my first short film shot during the quarantine. I hope people like it.”

He wants to maintain the cast of the film as a surprise. “I am the only actor who is physically present. Otherwise, there are other actors too and in fact, one big-name too in it (smiles). But I will want people to see it and enjoy. It is a social concept, which has been made with all mind and heart. It will be a 23 minutes long film.”

“I am planning to put it out in the next 10 days. So people can look forward to this one,” Adhvik ends.

Wish you all the very best for this endeavour, Adhvik!! 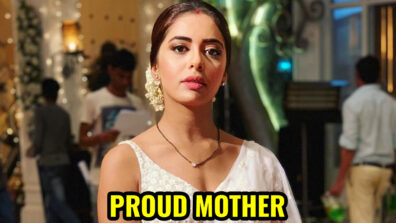 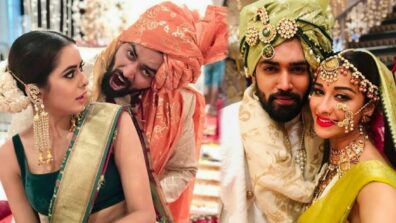 Divya Drishti: Rakshit and Shikhar to know of Divya and Drishti being alive Divya Drishti: Divya and Drishti DIE after falling from cliff