Asiya Kazi who is seen in Tenali Rama talks about her show and much more. 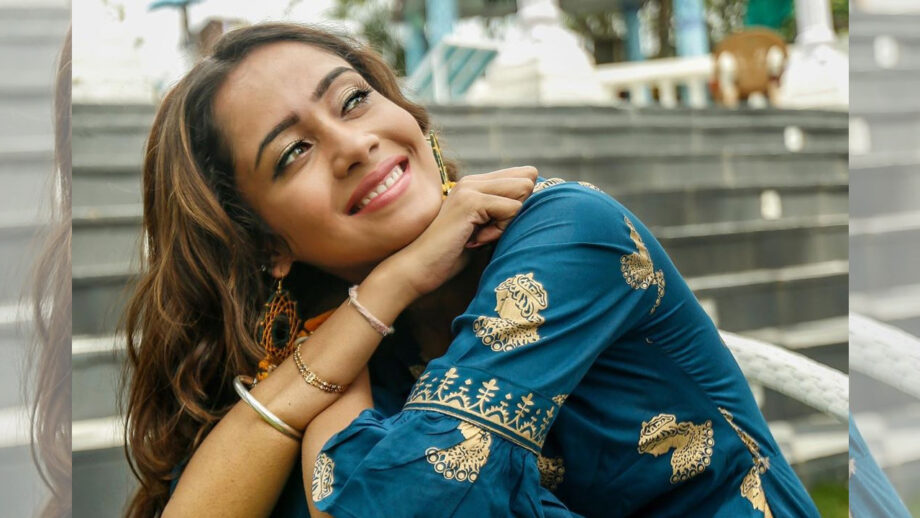 “It was always a challenge for me to come out of my daily soap genre and step into the well-set character of Rama’s better half Sharda. But we actors should be ready to come out of our comfort zone. The best thing is that here we don’t need to do heavy-duty emotional scenes.”

Was it tough to get the shuddh Hindi and Sanskrit zone, given the historical backdrop. “Yes, at first it was, but I managed by taking the help of my co-stars and creatives.”

“As of now, Sharda has taken a vow of speaking in just sign language, a throwback to the mute character of Rama’s mom Laxmi (Nimisha Vakharia).”

Her look is also similar to her now-deceased on-screen MIL. “I am really comfortable with my costumes and hairdo.”

Aasiya has no problem looking mature on screen. “The comedy genre anyways is not so much about relationships. Also, no character is made to look too old or young.”

Interestingly, both the earlier actors (Niya Sharma and Priyamvada Kant) who had essayed Sharda had quit, not wanting to age on screen.

Aasiya’s last noteworthy show was Balika Vadhu, post which she was not seen. “I was also part of the ill-fated Discovery Jeet show, Mere Papa Hero Hiralal, but we all know that the channel shut shop soon.”

“For a while, I was not getting the kind of role I wanted. I also took my time knowing that the TV industry today is very unpredictable. If on the one hand, shows don’t last two or three months, we also have series lasting seven to eight years.”

When asked to comment on Bigg Boss 13 contestant Sidharth Shukla, who was her Balika Vadhu co-star, she smartly deflected, saying, “I am the wrong person, for by the time I entered as Ganga, his character was about to be eased out, so we did not interact much.”

Sheetal Khandal, aka Gehna, during her stint in the above child marriage show had accused Shukla of wrongly touching her.

Looking ahead, Aasiya does not seem too interested in doing web series. “I am looking out for family-based stuff. For the moment, I am happy with the tube.”

Besides fiction, Asiya, who has done both positive and negative avatars in various shows, would also be game for any dance-based reality show. “In fact, I had been offered Khatron Ke Khiladi many years back, but had turned it down as I was unsure of facing up to my inner demons.”