Check out some candid romantic moments of Iyer and Babita 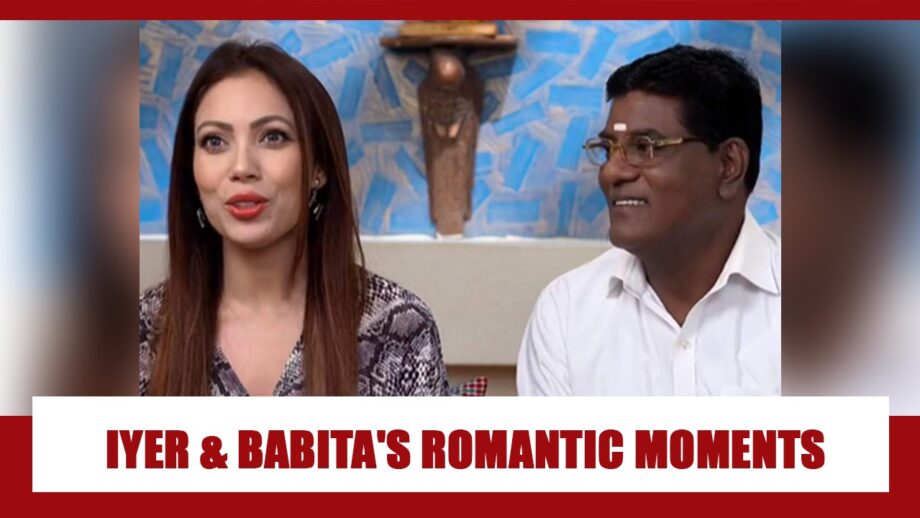 If you are a lover of cult Indian comedy genre, there’s absolutely no doubt about the fact that the hit reality show Taarak Mehta Ka Ooltah Chashmah is literally the favourite of every Indian out there. No doubt the character of Jethalal is the most popular but if we talk about Jethalal, how can we not talk about the ‘sweet and sour’ relationship of Jethalal with Babita and Iyer? Well, if it’s ‘sweet’ with Babita, it’s all sour with Iyer.

As per the narrative in the show, Babita is a Bengali lady whereas Iyer is from Chennai and that truly makes them an interesting on-screen pair ain’t it. While we have seen them in comic moments more often than not, we have also spotted them involving in some adorable on-screen romantic moments which caught everyone’s eye. Wondering which are those moments? Take a look –