Kissing and nudity on screen is needed for some scripts: Harshali Zine
Subscribe Now
Television | Celebrities

In conversation with Harshali Zine… Actress Harshali Zine, last seen in TV space in the show Hiter  Didi, is making one more appearance as a lead  in an upcoming    Marathi  film.

“Bhavishya Chi Aishi Taishi is an astrological thriller; this is the first time such a genre has been tried.  The story focuses on three girls who leave their home towns and come to Mumbai to work in an advertising firm.”

“One of the three girls totally believes in astrology while the other one does not. My character Nishagandha sits on the fence, but totally supports her friends. Like most Marathi flicks, we have stuck to reality as far as possible, so most girls will be able to identify with the three leads,” shares Harshali flashing her pearlies.

“The story really opens up when an astrologer named Karmakar (real life astrologer Sandeep Kocchar) enters their lives and all hell breaks loose.  It is full of chills and suspense, a must watch.”

Harshali mentions that she had a blast shooting for the movie: “I also had to learn how to ride a scooty.  We had great girl bonding amongst the three of us (Manasi Naik and Ruchita Jadhav).”

Looking ahead Harshali now wants to return to TV, “I really enjoyed my short negative Hitler Didi stint.  I am looking forward to more juicy small screen roles, be it positive or negative.”

“After Hitler Didi, since I was busy doing Marathi films (she has done  ive regional flicks), I did lots of episodics  (as I love the edgy characters on offer) but then decided  to take a break as typecasting was beginning  to set in.”

Besides fiction, Harshali is also game for non-fiction stuff. “I love to shake a leg.  So dance shows would be good as well.”

“It has come out really well.  I am waiting for it to hit the World Wide Web.  Post that I am sure even Hindi web series makers would approach me. Being a modern girl I realize that kissing and nudity on screen is needed for some scripts. ”

Unlike others, Harshali is open to all mediums including Marathi serials as well. “Some of their concepts are good and I don’t want to leave out any good work.”

Harshali, who recently had filed a police complaint against casting couch, is waiting for police action.  “I hope justice is done to me, sadly the cops are taking their own sweet time.  It is important for people to realize that if a girl wears short clothes on screen does not mean that she is easy.”

Well said Harshali. Wish you a great career ahead. 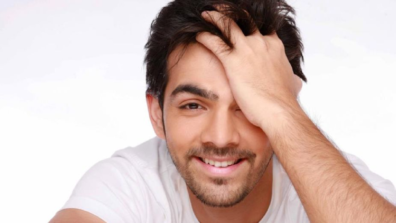