Kartik from Yeh Rishta Kya Kehlata Hai aka Mohsin Khan is a chocolate boy of Indian television and we have more reasons than one to love him! Mohsin Khan, a popular television face and now a heart throb of millions, all thanks to his television character Kartik, on Star Plus Yeh Rishta Kya Kehlata Hai. The extremely talented young actor is known for his good looks as well as his astounding acting skills and ever since he has played the role of Kartik, fans can’t help but wonder where this talented actor was all this while!

The charming actor has created a humongous female fan base and is definitely in demand for all the right reasons. His on-screen chemistry with Naira aka Shivangi Joshi, just creates sparks and ends up giving us all tremendous couple goals. He plays the perfect husband to Naira on the show and all of us would definitely want to either be him or have a husband like him, wouldn’t we? 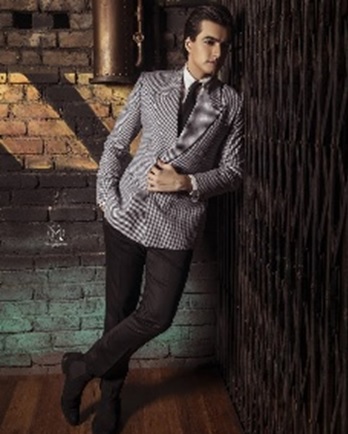 The young star also has a tremendous sense of grooming, proof of which is his Instagram feed, where you can find all his sassy looks, well groomed photos and some amazing candid pictures that will definitely make your heart skip a beat. From slaying in a shirtless picture to looking classy in a well fitted tuxedo, the actor has got everything in his artillery. Not only is he charming but this Yeh Rishta Kya Kehlata Hai actor also knows how to carry his chocolate boy charm and dress the part all too well.

Mohsin Khan has also been nominated for several awards and that in itself shows how much his fans love him and just how popular is his on-screen character. We have all of these reasons and many more like these, to simply be in awe of him and are waiting to see what his next television project is going to be.