The Actress who with the amazing skills and style become an inspiration for many are termed to be the best among the rest.So let us have a look at theAll the times Sanaya Irani was the epitome of cuteness. Sanaya Irani one the cutest and most recognized face of Indian Television. This Popular face not only has amazing skills in herself but also can easily grab the attention of any with her amazingly cute face. Sanaya Irani is an Indian television actress who is known for playing Gunjan in Miley Jab Hum Tum and Khushi in Iss Pyaar Ko Kya Naam Doon?. In 2015, Irani was a finalist for the eight seasons of Jhalak Dikhhla Jaa. She later participated in Nach Baliye in 2017 with her partner Mohit Sehgal and won the third place. 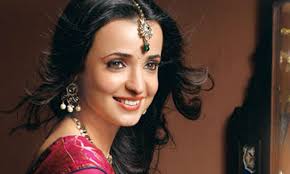 This actress is not the only popular actor but also a well-known model. She is so perfect that she has received three ‘Face of The Year’ awards and was the only television actress to be included in People Magazine (India)’s forty most beautiful women. She was titled the 3rd Sexiest Asian Woman Alive. she was listed in the top 10 best television actresses by Rediff.

She is widely loved by her audience for her bubbly and charming personality. Her smile is adorable. She is an attractive and versatile actor. She is fun-loving and her social media says it all. With elegance at the maximum, grace personified all captures of Sanaya Irani makes her look drop-dead gorgeous. The most gorgeous and beautiful lady of small screen Television Sanaya Irani. She is blessed with the best looks. The cutest and hottest actress in the Television who rules the heart of many people. Her cutest smile is what grabs the attention of many. Have you ever scrolled through Sanaya Irani Instagram profile ever.. if you haven’t you are literally missing on your daily dose of cuteness and if you have we are sure you know what we are talking about. Her photoshoots and her pictures on Instagram are totally the cutest. We surely get our daily dosage of cuteness from her profile only and her cuteness is the main reason she is ruling her Instagram page with over 2.1Million fans following.

Also, she is an as genuine and humble personality who can willingly with concern and love do anything for her family and friends and not only that but she is so genuine that she will help also those in need and be always generous to everyone. Her good deeds and love towards shows us that she is not only exterior beauty but a best inner beauty also with a good heart. Sanaya Irani can literally do anything and we’d still find her the cutest, what do you’ll find cute in Irani let us know…