Which is the most romantic couple of Nach Baliye 9? Anita Hassanadani and Rohit Reddy or Keith Sequeira and Rochelle Rao? The show Nach Baliye is all set to take over the family TV once again with Season 9. This show features celebrity couples competing with each other.

Talking about couples, we have a list of the contestants and one of the couples who attracted our attention was Anita Hassanadani and Rohit Reddy. Anita is a daily soap actress she was recently working on the show Naagin 3. She and Rohit were in the same gym and this seemed to work out really well for the couple. Rohit approached Anita at a pub and after dating for 2 years, they got married. The marriage took place in Goa in a south Indian style.

The couple enjoys traveling together and also has great chemistry between them. Anita and Rohit are seen on the show Nach Baliye.

This couple is one of the best and most romantic couples in the show. With lots of love and support, this couple is being the cutest couple.

On the other hand, there is this couple that has earlier participated in Bigg Boss where Salman Khan was the host. And now has once again associated with him through Nach Baliye, and are totally loving it and considering him to be their lucky charm in this show too!

The couple is none other than Keith Sequeira and Rochelle Rao.

They first got close in 2015, during their participation in Bigg Boss Season 9. Like every season, that year Keith and Rochelle made news with their chemistry. Later, the duo opted for an extremely private wedding ceremony on February 3 in Mahabalipuram, Tamil Nadu and the pictures were definitely out of a fairytale.

Tell us which is your favorite Nach Baliye couple. 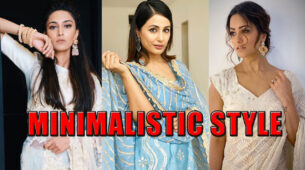 Are You A Fan Of Minimalistic Style? Anita Hassanandani, Erica Fernandes And Hina Khan Will Help You Look Elegant 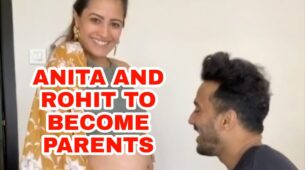