With the Day One ending on a relatively good note, the Day Two will be very crucial, considering that the frustration levels will be on a high... We at IndianWikiMedia.com have been following up exclusively about the developments with regards to the ‘FWICE Strike Scare’ all through the day!!

As reported earlier, Film City saw a great plan of action put in place by the Police. The protestors were stopped from crossing the 250 meters mark, with the officials keeping vigil all along.

Though shoots happened without any hiccups at Film City and all other important set venues in and around Mumbai, there still seems to be a threat over the personal safety of the people shooting in the areas.

A source said, “It was indeed surprising to see the protestors coming in huge numbers (inspite of all the workers being on shoot). Even as they were not allowed to cross their limits, there were sporadic incidents of unrest seen here and there. One such example was of the incident that actor Kanwar Dhillon faced when he tried to enter the Fim City. He was threatened in the open, and his car was damaged in the process. Also, there were loud conversations happening wherein the protestors were seen trying to plan their next plan of action.”

The consensus now is that there is a level of frustration slowly creeping into the systems of the protestors. Though they did all that they could have done, given the strict police enforcement (brought in stunning numbers, yelled and argued and even tried talking to workers outside Film City), the fact remains that the major hurdle of law and order going out of hands was maintained and the shoot in Film City happened as planned.

With action spilling over to Day 2 tomorrow, there are feelers that most of the workers coming out of Film City will be held and talked to. There has been a video shot which actually confirms this piece of news. The video has the protestors talking about their next move wherein they will talk to workers, come what may.

Our source from Film City states, “Day 2 action will be rather tenser, is the feeling. Something has to give way. The shoots have happened in Film City without any major problems. This is a defeat in itself, with the so-called strike having a ‘zero’ impact in Film City. If the protestors continue to stage their morcha, and if shoots continue to be shot tomorrow, it will be a tricky situation and patience will hold the key.”

However, the police personnels will continue to be stationed at Film City tomorrow also. In fact, they will be in place till the time there’s a secure feeling that law and order would not get disturbed.

Indeed, a laudable feat by the Mumbai Police, we must say!!

We buzzed Shri. Thombre, PSI, Aarey Police Station to talk to him about the day today in Film City and he said, “The day was as normal as it could be. Shoots happened as planned, and there was no problem. Yes, the protestors were there in huge numbers. But the law and order situation was not disturbed in totality.”

When asked whether they will continue to stay at Film City, he said, “Yes, we will be stationed there tomorrow also. We will do all that it takes to maintain law and order.”

We also buzzed B. N. Tiwari, President, FWICE and he said, “Kal Film City ke bahar se hi hum apna kaam chalayenge. Film City ke andar ke saare lights wahi pe honge, par koi bhi light jalega nahi. Maine agreement karliya hai supplier se!! Aaj main sukoon ki neend sowoonga (Tomorrow we will stay put outside Film City, but we will work out our way. All the lights inside Film City will be in place, but none of the lights will work. I have signed an agreement with the suppliers. I will have a good sleep tonight.”

Our source further states, “But the point here is that, when all the crafts are ready to work and earn their monies, we need to give it a thought and wonder for whose justice this battle is being fought.”

Well, everyday comes with a new beginning!! Day One of the FWICE Strike Scare did not give any major scare!! It remains to be seen if safety is ensured and work happens peacefully in the days to come!!

We at IndianWikiMedia.com will be there in action, giving you all the important updates on this!! 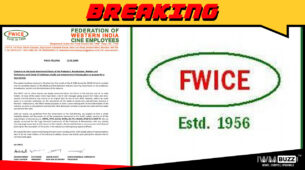 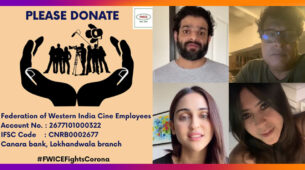 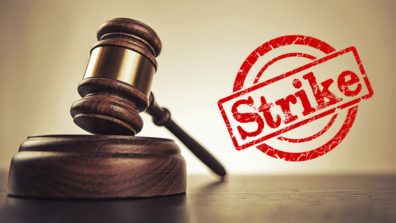