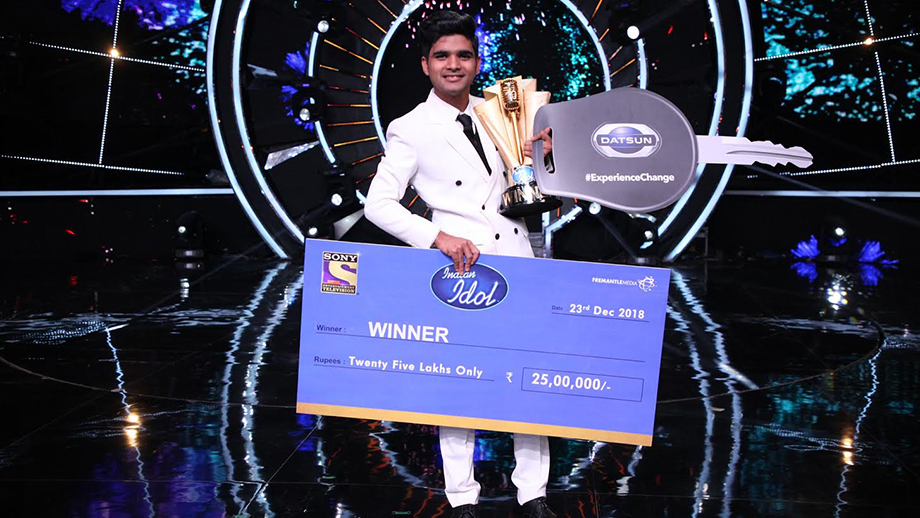 Indian Idol 10 the popular singing reality show on Sony TV has come to a scintillating end with riveting performances coming from the Top 5 contestants, judges and other celebrities assembled.

Well, it was a nail-biting finish in the Grand Finale with the Finalists Ankush Bhardwaj, Nitin Kumar, Neelanjana Ray, Salman Ali and Vibhor Parashar giving their last best shot.

The contestant to triumph and get declared as the Indian Idol 10 is the very melodious singer Salman Ali from Haryana. Ankush Bhardwaj was named as the first runner-up while Neelanjana Ray was declared the second runner-up.

Salman has been a fabulously gifted singer and he has worked his way up to bag the Indian Idol trophy. He won a cash prize of 25 lakhs.

The Finale was graced by the Zero cast Shahrukh Khan, Anushka Sharma and Katrina Kaif.