Weekend ka Vaar with Salman Khan will be an interesting watch Keeping up with the tradition of ‘Weekend ka Vaar’, this weekend, host, Salman Khan put the contestants through some challenging situations. With an eviction round the corner, contestants were anxious and nervous to know what the verdict would be. Holding on to their seats not knowing what to expect, the contestants were in for a few surprises.

Salman Khan then welcomed the very gracious Tabu and the charming Ayushmann Khurrana on stage. The trio later jammed to Salman’s hit, ‘Hangover’ with the Bigg Band. The evergreen actress was given a quick task by the host. Tabu was asked to sell various things as products that are relatable with the contestants in the house. Tabu & Ayushman managed to sell the products using all the quirks of the contestants present.

Post all the fun, Salman Khan as an authoritarian spoke to contestants about the week gone by and encouraged them to play the game in its true spirit. He puts various jodis and singles in the ‘katghera’ and reads out accusations made against them, for them to eventually defend. A serious set of arguments took over and shocking revelations were made, few that could change the dynamics within the house completely. The ‘gunhegaar’ of the week was thus selected and sent to the torture chamber. Post this debate among the contestant, Salman Khan announced the eviction for this week. 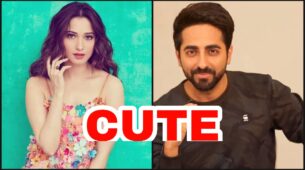