Tanvi Dogra has been roped in for the new Sunny Side Up show for Star Bharat. Read details right here. IWMBuzz.com had exclusively reported about popular actor Zain Imam playing the male lead. As pre reports in media, Shrenu Parikh of Ishqbaaaz fame has been roped in for one of the female lead roles.

Now news coming is that actress Tanvi Dogra who is presently part of Jiji Maa on Star Bharat has been roped in to play the other female lead.

As per a reliable source, “Tanvi has been locked as a recent development. And the show will soon go on floor. While Tanvi will play the girl opposite Zain, Shrenu will play the negative lead.”

As we know, Dipti Kalwani’s Sunny Side Up has earlier given TV viewers the fascinating tale of Badho Bahu. The production house was also part of the concept for &TV, Laal Ishq.

We buzzed Tanvi but did not get through to her. 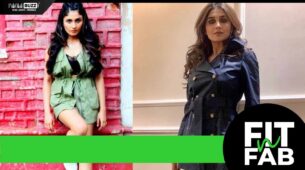