Like every other Producer, Sunil Mehta, of Cinevistaas, also says that his latest Colors offering, Bepannaah, breaks the clutter.

Says the maker, “We are different in the sense that this is not a love story, rather a story about love. The twist in the tale is that our protagonists (Jennifer Winget and Harshad Chopda) meet only when they come to know that their respective, now deceased, spouses (Sehban Azim and Namita Dubey) were cheating on them. How they fall in love is what the story is all about.”

“For the first time, we are dealing with extramarital affairs in a sensitive manner. Sometimes, before hating, you need to pause and reflect on what made your partner look outside”, says this industry veteran, who has made hit shows like Katha Sagar, Gul Gulshan Gulfam, Sanjeevani, Dil Mil Gaye, etc., over the years.

But don’t you feel that you could have treated this extramarital thing while the spouses were alive, or would that have crossed the GEC line? “No, this theme also has lots of interesting elements. With the spouses dead, both Zoya (Jennifer) and Aditya (Harshad) have no one to answer their questions of what and why? This fusion of hate and loss provides for great entertainment. Rest assured, our limited story will not drag beyond a point.”

But don’t plots lose their way, once TRPs kick in? “We have a set storyline, which will not be altered.”

You have brought in the Hindu-Muslim angle. Is that not a risk, given the times we live in? “Why do you need to see the story through the prism of religion? It is just a tale of 2 individuals,” explains the Producer categorically.

We then shift gears to the fire which had recently broken out on the set of Bepannaah. “It was an unfortunate thing, and we prefer to look at the future.” Has it affected your episode bank? “We are working with the channel to rebuild it.”

On penciling in both the leads, Sunil says, “It was a no-brainer. Jenny was superb, even in our last show, Beyhadh. And Harshad has also been doing good work over the years.”

Taking about Beyhadh, he says, “It was just what the doctor ordered for Sony, back then. They have not only got ratings, but have even sold the property, many times over. It is no mean task that the show is still being talked about, after so many months of it ending. There is a demand for Season 2.”

In closing, Sunil says, “Cinevistaas might toy with the idea of coming up with stand-alone digital content as well. The best part is that web gives you complete freedom to say what you want. If it works, you come back with Season 2. The biggest challenge is to find such a story which can go on and on. Our biggest inspiration is Game Of Thrones. They spend crores on each episode and eventually went on to make eight seasons.”

Wishing you all the best!! 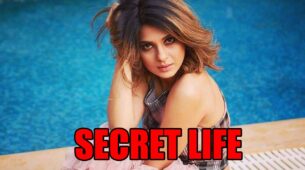 Check Out! Jennifer Winget's Short Dress Summer Looks That You Will Surely Enjoy 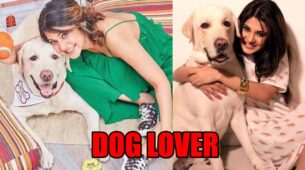