The hottest and sassiest actress in the telly world is one and only Hina Khan. The actress is leading the industry with her talent and killer looks. She got fame for playing the role of Akshara in the famous television show Yeh Rishta Kya Kehlata Hai. She has become the highest-paid actress in the television industry in 2015 and 2016. She has also participated in reality shows Big Boss 11 and Fear Factor: Khatron Ke Khiladi season 8. The actress is very much talented and looks superb.

Hina Khan is one of the most glamorous and alluring-looking actresses who is seen wearing stylish and fashionable outfits. The actress has also shown her love for unique outfits and she also pairs her outfit by wearing heavy and beautifully designed jewellery. The actress looks gorgeous in her ethnic outfits. She is spotted wearing all types of ethnic outfits and she just looks stunning in all her ethnic wear.

Hina Khan was seen wearing a black saree with a multicoloured blouse and white long earrings on it and she was looking fabulous in that saree look. The diva also has a great collection of Salwar Kameez as she just looks fabulous. The actress wore a pink Sharara suit and was looking pretty in that outfit. She was looking ravishing in her Purple lehenga with beautifully designed jewellery on it. The actress is seen wearing ethnic outfits in her television shows and also prefers to wear ethnic attire for an event or festive occasion look.

Check out some ethnic outfits of Hina Khan and stay tuned to IWMBuzz.com.

Also Read: Give Your Ethnic Outfits A Modern Touch Just Like Rithvik Dhanjani: The Absolute Fashionista 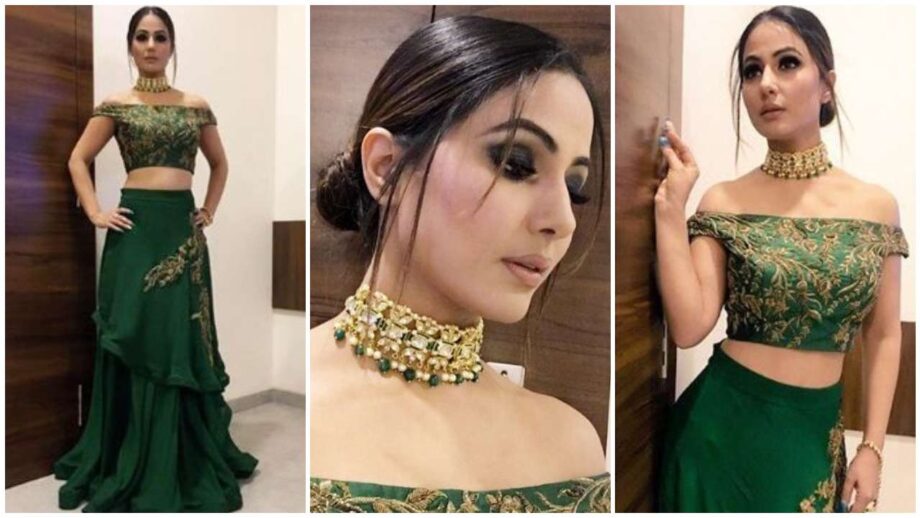 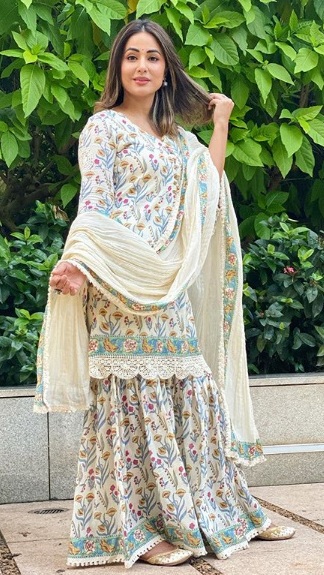 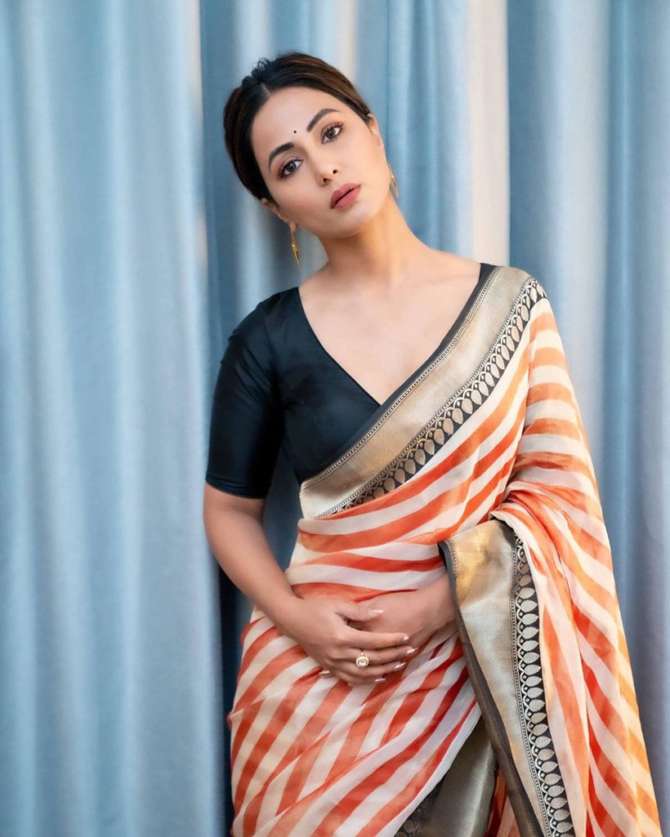