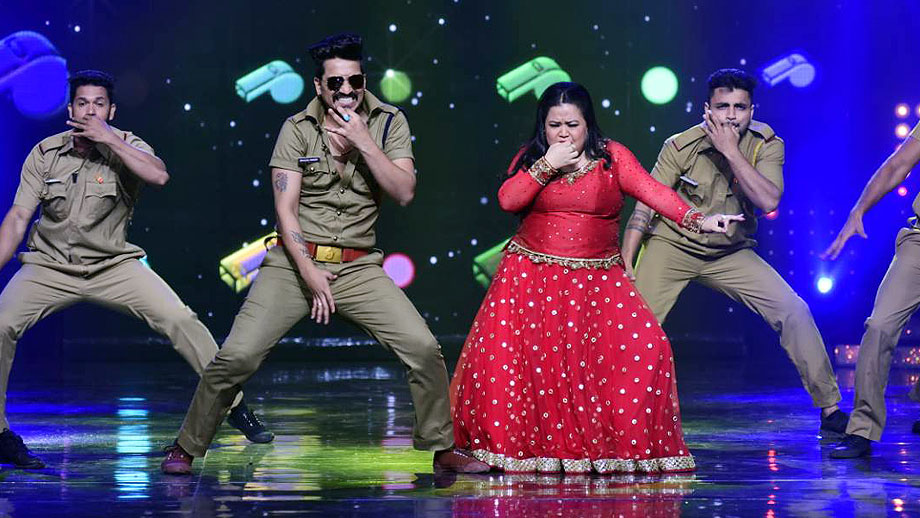 It is a known fact that comedian Bharti Singh and her beloved partner Harsh are one of the most entertaining couple on Star Plus’s popular show Nach Baliye. The dynamic couple, who are raising their performance level with each episode, recently had made actress and Judge Sonakshi Sinha relive her Dabangg moments.

In the upcoming episodes, the entertainers Bharti and Harsh are going to perform on a song from Dabangg, which stars Sonakshi Singh and superstar Salman Khan. The vivacious Bharti will be herself in for the act while the shy Harsh will don the role of Chulbul Pandey aka Salman Khan.  Knowing the funny side of Bharti, the act will become one of the most entertaining and fun act of the episode.  It will not only make the audiences and judges roll out of laughter but also get great appreciation from the judges.  That is not it! The entertainment quotient will reach another level when the Dabangg girl Sonakshi Sinha will recreate the magic of her iconic dialogue of “Thappad se darr nahi lagta saab, pyar se lagta hai!” with Harsh and to make it even better Bharti will join them in shaking a leg on that film’s famous track Munni Badnam Hui.

Talking about it Bharti Singh says, “It is going to be a very fun and lovely episode which I am sure audiences will love it. Sonakshi Maam is extremely kind and super fun, it was enjoyable moment for me and moments like these make our Nach journey a memorable one.”