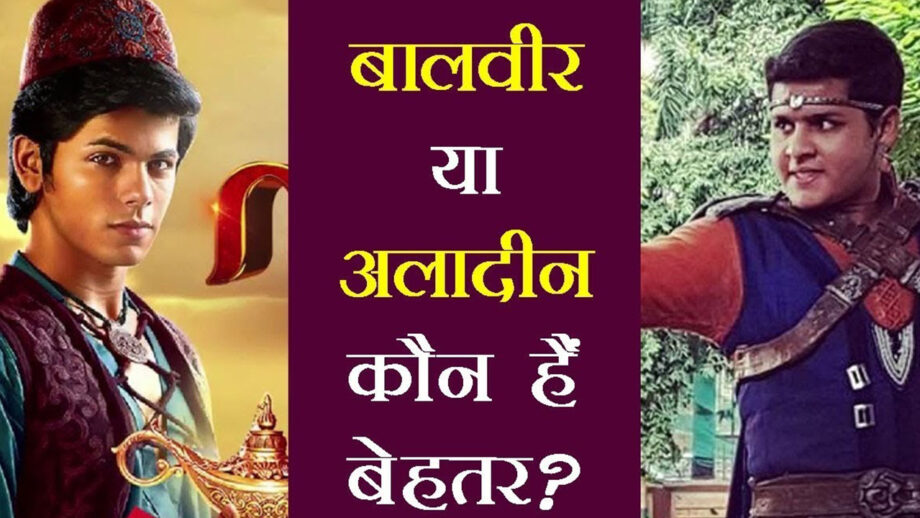 Baalveer Returns the popular Sony SAB show produced by Optimystix recently witnessed the huge integration track of the big superheroes Baalveer aka Dev Joshi and Vansh Sayani coming together with Aladdin aka Siddharth Nigam from Aladdin – Naam Toh Suna Hoga to fight against the evil powers of Timnasa aka Pavitra Punia.

As we know, Timnasa had got the three stones to control the past, present, and future, and the big battle of Aladdin and Baalveer against Timnasa came to end recently.

Baalveer is the story of a boy who gets superpowers from seven fairies in fairyland. But he must use his ultimate power to help all the needy children. The story is leaving no stone unturned to destroy Baalveer’s mission to be the ultimate power in the world. Baalveer seems a very nice show for kids as they get well into faulty tales and adjust.

One of the most-watched shows on television, none other than Aladdin: Naam Toh Suna Hoga is an Indian fantasy television drama that is premiered on Sony SAB. It stars actors Siddharth Nigam and Avneet Kaur in the lead roles of Aladdin and Yasmine, and they have caught all the attention with their beautiful on-screen chemistry.

Yes, it is a perfect treat for the eyes who love the story of Arabian nights. The villain, hero, heroine, cast, costume, story, plot, location…everything is just so perfect.

Well, it is difficult to judge between two where on one side we have a children’s fantasy tale Baalveer while on the other side we have an energetic and romantic Aladdin that hints to be ruling the hearts of everyone… Choose your best and let us know.