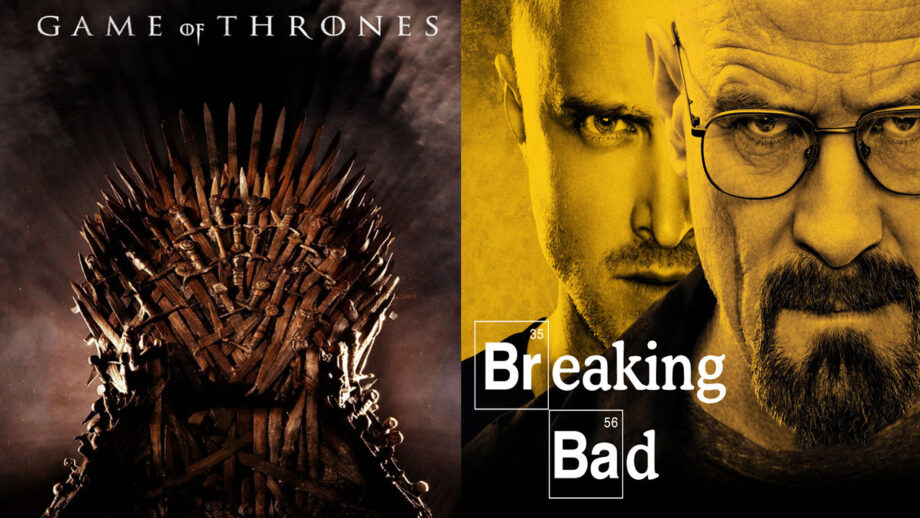 Game of Thrones is an American fantasy drama television series based on  George R. R. Martin’s series of fantasy novels. The show had 8 seasons and 73 episodes from 2011 to 2019 and it is one of the most-watched television series. The story of Game of Thrones revolves around nine noble families wage war against each other in order to gain control over the mythical land of Westeros. From the great storyline to terrific action, violence, it had everything to make it an interesting series. There was seldom any dull moment in the show and certain dialogues are perfectly etched in the memories of the fans of the series. Fans of the show watch it on a repeat mode and still be intrigued with the way it progresses.

On the contrary, we have Breaking Bad, an American neo-Western crime drama television series. The series comprises five seasons for a total of 62 episodes from 2008 to 2013. The title is a Southern colloquialism meaning to turn to a life of crime. The series tells the story of Walter White, a chemistry teacher, who discovers that he has cancer and decides to get into the meth-making business to repay his medical debts. His priorities begin to change when he partners with Jesse. Breaking Bad is widely regarded as one of the greatest television series of all time with huge viewership and excellent reviews. It is a series that can be watched again and again without losing even a bit of interest.

Let us know which series among Game of Thrones and Breaking Bad you can watch on repeat mode.

A1so read: Game of Thrones VS Friends: Which is your favourite series to binge-watch? Are You A Breaking Bad Fan? You Will Relate To These Scenes