Kardashians have always been concerned about their fashion and style. Who do you think is a style quotient queen? Kim Kardashian or Kourtney Kardashian? The Kardashians have become one of the richest families in Hollywood, since the show, Keeping Up With The Kardashians (2007). They have been seen having each other’s back unless Season 18 of the show got premiered. In that season, the two Kardashian sisters, Kim Kardashian and Kourtney Kardashian got indulged in a massive physical fight.

Kimberly Kardashian West is an American model, businesswoman, actress, and famous media personality who belongs to the Kardashian family. She has always kept her fans obsessed with her fashion experiments and stylings. Kim is one of the hot divas and has boosted up her social media game with her bold and sexy pictures.

On the other hand, the other Kardashian sister, Kourtney Kardashian is no less. She is also a media personality, a model, and a fashion chic, just like her sisters. She has got her fashion game really high. Her fashion and stylings are too hot to be handled.

The two Kardashian sisters are equally hot. It is a very tough job to decide who rules the style quotient.

Here are some pictures of them that make anyone sweat within a second.

Tell us, who do you think is a style quotient among the two sisters? Kim Kardashian or Kourtney Kardashian?

If only I had a bright blue color on I would be the Armenian Flag 🇦🇲 For those of you that may not be aware of what is happening in Armenia right now I would like to share so you can all help! Despite an ongoing global pandemic, Azerbaijan has violated the UN’s appeal for global ceasefire by unprovoked attacks against the Republic of Armenia. Civilian structures in Armenia have been targeted, and Azerbaijan has now threatened to bomb the nuclear power plant in Armenia. In the meantime, congressional amendments to the National Defense Authorization Act will be voted on next week to ensure that the US does not enable Azerbaijan with military aid that would be used against Armenia and Artsakh. The international community needs to pay attention and intervene now with such political and diplomatic measures to prevent unnecessary escalation and the loss of human life. I stand with my fellow Armenians and pray for those that are involved in recent tensions on the border of the country. I urge for a peaceful resolution for these unprovoked attacks during this already very difficult pandemic. Please call on your Senators and Representatives to #SupportArmenia

I hope everyone has a great day ✌🏼

Found this pic in my phone, I think I’m going back dark! 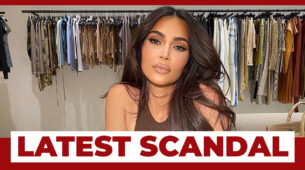