As per the plot, Guddan (Kanika Mann) plans to get married again to make Akshat (Nishant Malkani) jealous. However, her plan backfires and Kunal forces Guddan to marry him

Now, in the coming episode, Guddan’s life will be in danger

Shares a source, “Guddan will be at the mandap. Kunal will force her to marry him at gunpoint. Guddan will smartly fool him and escape from the plan. She will call Akshat for help. However, Akshat would be injured and unconscious. Soon, the goons would find out Guddan and point gun at her again.”

Will Akshat manage to save Guddan? 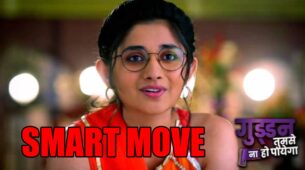