Yeh Rishta Kya Kehlata Hai on Star Plus has been coming up with a perfect blend of romance and drama in its recent episodes.

Rajan Shahi show never fails to impress the audience with its exciting twists and turns.

As per the plot, Kartik (Mohsin Khan) is being insecure by Naira’s (Shivangi Joshi) progress.

In the upcoming episode, Naira will be awarded at Mihir (Khushwant Walia) function. This would shock Kartik and the entire family. Naira will go on stage to take the award. Kartik would feel sad but would applaud for wife Naira.

Later, Naira will tell Mihir and the guest that behind her success Kartik plays a major role. Hence, she would like to give him the award. Kartik will be called on stage and Naira will felicitate him. 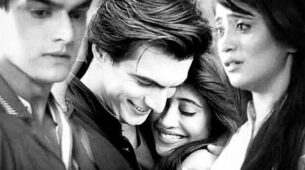