Nach Baliye 9 03 August 2019 Written Update of today’s episode we see today one of the Jodi got eliminated due due to less vote. Today’s Nach Baliye 9 Written Update 03 August began with Ahmed and Raveena welcomed the host Manish Paul. Manish said there would be many twists in the show today. Manish informed about the elimination in the first week. He welcomed the new jodi of Nach Baliye. Anurag and Prerna came on the stage holding masks and performed on Mere naam pe. Jodi. No. 13 Parth Samthaan and Erica Fernandes were welcomed by Manish doing their tika. Raveena said they had come from Kasauti. They would be giving a tough competition to everyone. Ahmed said they may replace any Jodi here. Anurag said they weren’t contestants, they had come to make an announcement, and they weren’t Jodi no. 13.

Tulsi Kumar joined her and sang her medley songs. Jodi No. 8 Aly Goni and Natasha performed on the song Saki Saki. Judge Raveena Commented it was fantastic performance, it was too good. Ahmed said It was all Bollywood, the theme and vibrant costumes. The whole act was dramatic for him, the Pathani suited Aly, it reminded h of Khuda Gawah Badshah Khan. They got a hi5 and 100/100 Scores. Jodi No. 1 Shraddha Arya and Alam Makkar performed on the song Tujhe Kitna Chahne Lage from the movie Kabir Singh. Judge Ahmed Commented Shraddha did a great job but Alam had done such a good performance.

Raveena said many artists lose lip sync in the act, Alam had done this so good, he didn’t leave the timing even once. They got a Hi5 and 100/100. Jodi No. 4 Vindu Dara Singh and Dina performed on the song Tamma Tamma from the movie Badrinath ki Dulhania. Judge Ahmed Commented this performance was interesting, he felt good that Vindu did the half puppetry, their timing was so nice, he lost the shoe and slipped in socks, overall he loved it, the twist was nice, superb. Raveena said the twist was good, their chemistry was very cute.

Raveena gave 75/100, Ahmed gave 80/100 and their average was 77.5. Jodi. No. 9. Shantanu and Nityami performed on the song Bheegi Bheegi si from the movie Gangster. Judge Raveena Commented this was the test of life, when one become moral support and give love to the person, this was what life was all about, she can call their performance flawless, it was a salute. Ahmed said they could have done a lot with the wheelchairs, he felt bad and his heart went out for them, Shantanu had done superbly, very good balance, get going. Raveena gave th 60/100, Ahmed gave them 70/100. Average was 65/100. The written update of 26 July 2019 Nach Baliye 9 episode full story ends here.

In the upcoming episode of Nach Baliye 9, watch Badshah joined the Jodis and entertain the audience. Stay tuned! 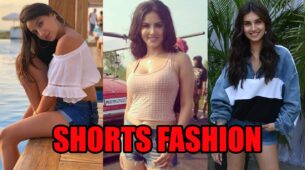