Satyadev Dube: The Legend of Theater Satyadev Dev was an Indian theatre director, actor-playwright, a screenwriter and film actor and director. Died at the age of 75 on the 25th of December 2011, he was a true legend. He was also honored with the Padma Bhushan award along with many awards over the course of his lifetime. The contributions made by him are remarkable. The guy is a legend and has left behind a great legacy.

Born in a small town of Chhattisgarh, he moved to Mumbai with a dream of becoming a cricketer but entered into acting and produced numerous theatre shows. In the course of his career, he contributed to producing and also acting as well as directing a number of shows. He made the theatre part and parcel of his life. Known for Junoon, Bhumika, Aakrosh, Hira Aur Patta are to name a few.

One could never go wrong calling Satyadev a legend and for more updates on other different people and their contribution in their respective areas stay tuned to IWMBuzz.com 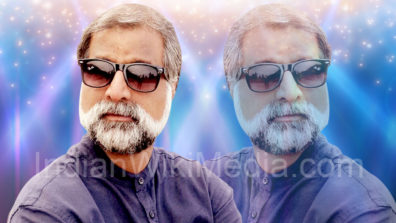 Munir Lone, Head of Operations, Cinevista Writes: TV has evolved, but there is no sincerity left