“My single introvert character always gets friend-zoned, so his father asks him to bend the rules to woe the women of his dream. no wonder the title. The best part of the show is that you can watch it with your family as there is no strong language, which is otherwise a given in the digital ecosystem.”

Any friend-zoning experience in real life? “No, but I have seen several guys who, though surrounded by women, could never get to first base as the girl refused to acknowledge them in any other light.”

Mayur has enjoyed working with all the senior artists in Girlfriend Chor, including Shishir Sharma, “Both of us first supposed to work together in some other project, but that never saw the light of the day.

Mayur regards himself lucky to net different kind of projects, his student character in Kota is poles apart from what he is doing in his above new show.

“Like any actor worth his/her salt, I too want to play a variety of characters and hence have stayed away from similar projects.”

The web has been the big saving grace for Mayur who, although being in Bollywood for a while, never got his due.

“ I was hugely disappointed when my debut film Fattack did not release after tom-tomming about it to friends. Similarly, my character in other flicks, including the much-renowned, Lipstick Under My Burqa, got chopped at the editing table for various reasons. However, I did get noticed in Anaarkali of Aarah, where I played a UP character. The language and mannerisms were entirely foreign to me hailing from Maharasthra.” 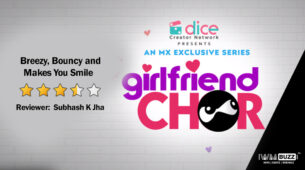 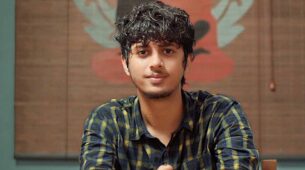 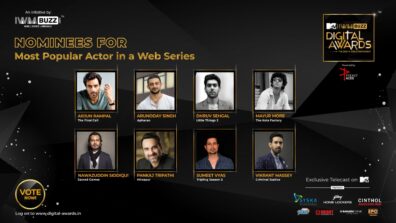 Review of TVF's Kota Factory: A poignant tale of hope, anticipation and optimism in the dreary environs of Kota