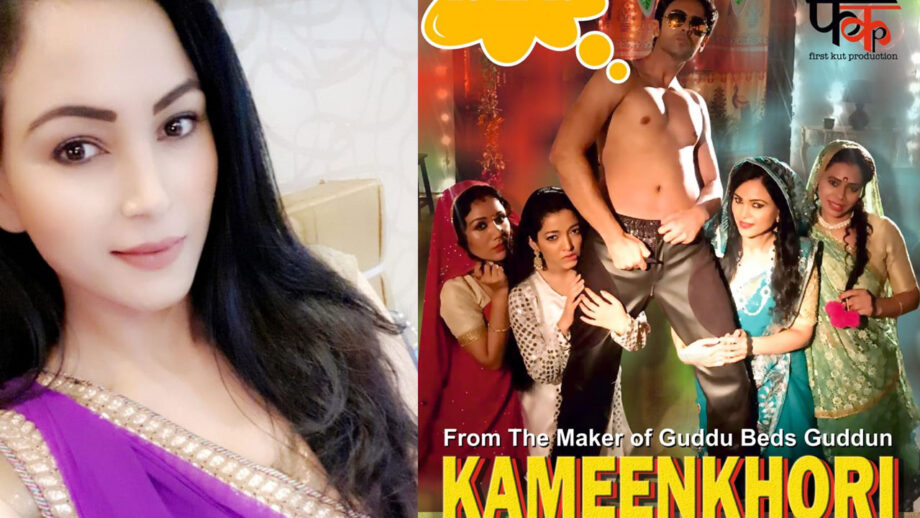 Theatre and TV actor Monika Tyagi is looking forward to her first web series, the Rajan Shahi-produced YouTube series, Kameenkhori, which goes live tomorrow. “It is a fun family drama set in conservative Uttar Pradesh. I play one of two pallu-clad daughters-in-law. I don’t want to reveal much about the story, except that it revolves around how our mother in law arranges for a gigalo (Pratap Hada of Saathiya fame) to entertain us. There is no sex; the guy just dances for us. For big city folk, this might not be a big thing, but for small town women, to even look at other men is a huge thing. So watching and dancing with someone else is off the charts,” says Monika, who has done several plays with Gulzar, Om Kataria, etc.

“We want to show that even women have a right to let their hair down once in a while and feel feminine,” added she.

“There is a lot more to what happens. Why don’t you watch it for yourself to find out more,” added Monika, who was last seen in the Zee TV show, Aap Ke Aaa Jaane Se. She was also part of the cast of Kal Bhairav and Vignaharta Ganesha.

Monika says, “It was real fun to shoot, for the writer Bhavna Vyas has etched out all our characters very well. Director Rishi Mandyal has also done a superb job.”

This is Monika’s second tryst with the digital wave. She is also part of upcoming short film, Painful Pride, starring Rituraj Singh and Pallavi Joshi.

She is also game for more web series. “I am ok for short clothes, but not bikinis and nudity,” ends she.