Which web series is your most favourite between Mirzapur and Sacred Games? 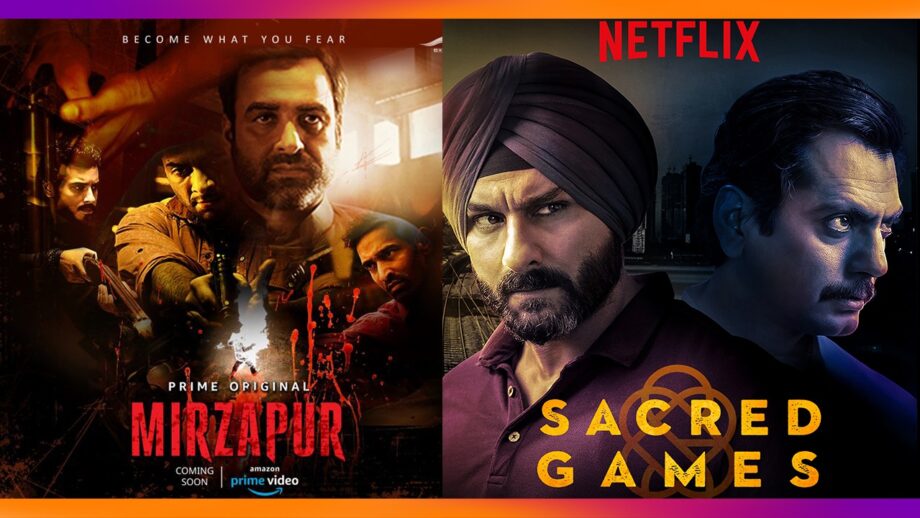 The world of entertainment has certainly had a shift in momentum and why not? Change is the only constant in the world. Earlier, the only medium of entertainment when it comes to movies happened at the 70mm big screens but now things are different. All thanks to the phenomenon called ‘Web Series on OTT Platforms’. With the rise of OTT platforms like Netflix, Amazon Prime, ZEE5, MX Player, and others, the popularity of web series in India has touched new heights certainly. There are many popular web series which you can’t give a miss but perhaps the two web series which has to top the list of ‘Unmissables’ are Mirzapur and Sacred Games.

The popularity of these two web series is such that one might not have seen any other web series ever but has certainly seen atleast one of them if not both.

Sacred Games is one of the biggest in the webspace and the Saif Ali Khan-Nawazuddin Siddiqui starrer series took the country by storm when it came for the first time in 2018 and it certainly rejuvenated India and its sense of ‘content’.

Mirzapur, on the other hand starring Ali Fazal, Pankaj Tripathi, and Rasika Duggal is a winner in the true sense of the term. ‘Kaleen Bhaiya’ and ‘Guddu Bhaiya’ are extremely popular and if you are a lover of underworld and dark thriller content full of guns, violence, and mafia rivalry, this has to be your favourite.

Both of these are worthy of being watched again and again but if you had to pick just one between the two as your binge-watching content for the remaining of the Covid-19 quarantine, which one would you pick and why?

Let us know your views in the comments below.

Also Read: I get motivated by criticism – Alaya F