Today we are all here to rate Nagma Mirajkar and Aashiki Bhatia and determine who is the best tiktok star. We all know that because of Tiktok lot of young people have some to limelight. It has given many people to showcase their acting skills and have reached a lot of people. Not only do celebrities have huge following on TikTok, but a lot of common people are also loved by the people. On the other hand there are many people who aren’t using Tiktok for what it was actually designed for.

One the tiktok star we know is Aashika Bhatia, she started of her career as a child actress on the show Meera as young Meera and also has made appearances in a few different tv shows. She is very much active on Tiktok. She mostly uploads comedy and influencial videos on her tiktok account She has a huge fan following of 9.4 million followers and is loved by a lot more.

Talking about Nagma Mirajkar, this beautiful girl is the perfect example of comman people making big on Tiktok and gained a huge fan base most of her videos posted on Tiktok are Comedy. She is not much far from Aashika if we compare their fans on tiktok. Nagma has a total 9.3 million fans.

We are very much confused on who the best Tiktok star is, so we leaving it to the fans of these stars to decide. Please let us know your opinion in the comments. 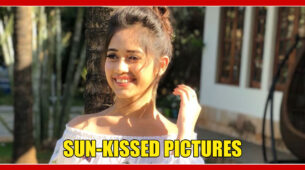