Actress Taniya Kalra is happy to be performing on stage for a play. Actor Taniya Kalra is presently entertaining masses with her parallel lead role in the IDiva and Futterwacken produced web-series ‘Dulha Wanted’ by the Times group.

Taniya who enjoys facing the camera irrespective of the medium she is in, also enjoys being part of theatre!!

Says Taniya, “I feel theatres makes your ground – the base on which you then carry the burning torch ahead in your life.”

Taniya is now pretty much excited to be part of the premiere at The Royal Opera House!!

Yes, Taniya will feature in the play, ‘The Importance of being Earnest’ which is the most renowned of Oscar Wilde’s comedies. It is the story of two bachelors, John ‘Jack’ Worthing and Algernon ‘Algy’ Moncrieff, who create alter egos named Ernest to escape their tiresome lives. They attempt to win the hearts of two women who, conveniently, claim to only love men called Ernest. The two of them struggle to keep up with their own stories and become tangled in a tale of deception, disguise and misadventure. The elaborate plot ridicules Victorian sensibilities with some of the best loved, and indeed bizarre, characters to be found on the modern stage.

Talking about her zeal to perform on stage, Taniya states, “The blood rush one gets while being on that stage is incomparable. I love the rehearsal process in the theatre and the visceral sense of contact and communication with a live audience.”

Taniya has acted in the short film ‘Skin of Marble’ presented by Royal Stag Barrel Select which is set amidst a periodic backdrop of 1946.The short film is directed by Pankaj Parashar and has Naseeruddin Shah, Vivaan Parashar and Paniza alongside her in lead roles.

She is also awaiting the launch of her short film, titled Dard with Mikhael Kantroo. Based on the work of Amrita Pritam and Hazrat Mirza, the short film will be directed by Swagata Naik and produced by Thrice as Nice Entertainment. She is also awaiting a short “Man with Golden Glasses” directed by Arpita Patnayak and Vaibhav Dixit as the Creative Producer, produced by Films by Filmbuffs in association with Untitled ideas.

Gear up for the premiere of the play on 3 March, at The Royal Opera House…

We wish you luck, Taniya!! 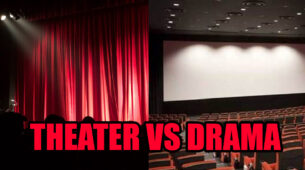