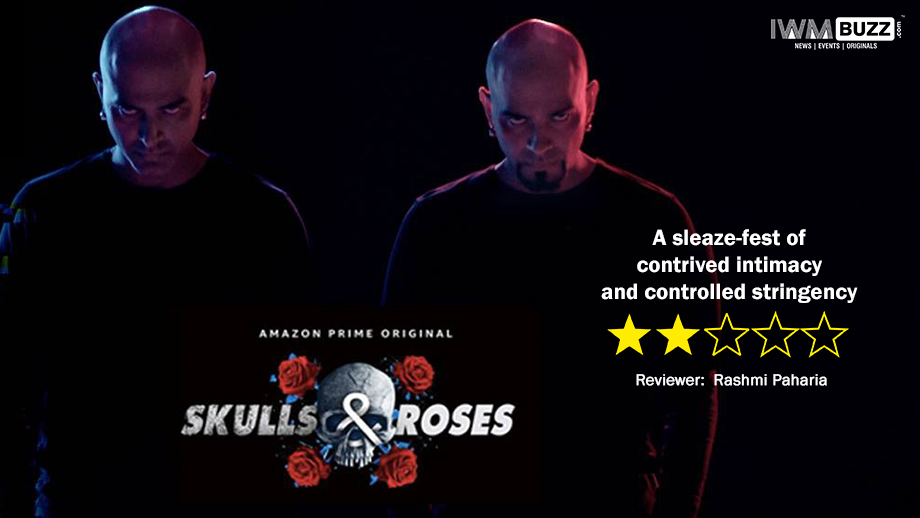 It’s been some time since we saw the terrific twins Raghu Ram and Rajiv Lakshman on TV. It was heady stuff, the two taking some poor soul to task on MTV Roadies, with their characteristic volley of the choicest insults and putdowns. Call us sadists if you may, but it was fun to watch the poor contestants quivering in their shoes while facing the devilish duo, or occasionally, bursting into mortified tears of shame and humiliation.

Yes, this was invariably the effect that Raghu and Rajiv had on the unsuspecting victims of their wrath. And voyeuristic as human beings customarily are, we all loved watching their outright meanness, safely ensconced in our living rooms as we were. Besides the twins’ trademark rudeness, Raghu Ram’s especially, Roadies was also loved because it brimmed with adventure and daredevilry.

The unbelievable tasks that the contestants performed had us all awestruck with its breath-taking spectacle of human spirit and courage. Through the daring stunts and exploits of the contestants on-screen, we too experienced a little of what it felt like, walking on the wild side of life.

Flush from the stellar success of Roadies, the twins went a step further and came up with MTV Splitsvilla. If Roadies was sheer brawn and bravado, Splitsvilla was blatant romance and chemistry. Both shows have their share of admirers even after umpteen seasons.

Ah, those were the heady days, when Raghu and Rajiv strode over TV like the titanic tyrants they were. Tyrants they were, but the kind that were loved, adored and venerated by their young audiences.

And so, a fissure of excitement hit us when we heard that Raghu and Rajiv are back with a newly minted show on the lines of the two legendary shows, this time on Amazon Prime Video. Innovatively christened as Skulls and Roses, the show is a product of the collaboration between the twins’ company, Monozygotic Solutions, and Amazon Prime.

The 10-episode show started streaming several days ago, with all episodes available for binge-watching. Which brings us to the million-dollar question – is Skulls and Roses worthy enough to be binge-watched? Read on to find out, as we dissect the show to find out what’s brilliant and what’s baloney!

Skulls and Roses, as the name suggests, is a combination of adventure and romance. There are 16 contestants in all, 8 guys and 8 girls, who have to slug it out on two different islands as they vie for the winner’s crown.

Rose Island is all about lavish luxury, champagne and chivalry, and budding romance. Rajiv Lakshman, the noticeably milder of the two siblings, is the custodian of Rose Island.

Skull Island is where all the daring adventure takes place. It is all about arduous tasks, humiliating putdowns and a test of the mettle each contestant is made of. It is their baptism by fire, figuratively in the other episodes, but quite literally in the first episode, when the contestants were set on fire and asked to race to the finishing line, even as fire-tipped arrows rained down on them from above.

The indefatigable Raghu Ram is the custodian, nay tormenter, on Skull Island.

Every episode begins on Rose Island. Contestants are asked to pair up with a member of the opposite sex, who will be their partner for the day. The pairs then have to take the ‘chemistry test’, a round of activities that will prove the chemistry between them.

The pair with the most chemistry gets to stay on Rose Island, and partake of its pleasures – full-body massages, Jacuzzis, candle-light dinners, champagnes in flute glasses – the works.

The rest of the gang is herded off to Skull Island, where the worst kind of treatment awaits. Shackled hands and feet; threadbare premises, skeletal, if we may; sleeping on the floor with no mattresses and minimum blankets, sometimes even two guys to one blanket, unpalatable food, and occasionally, no food at all; gruelling tasks, this is the fate that awaits them on Skull Island.

Eliminations happen when one guy and one girl are voted out by fellow contestants. That’s where affection ends and horse-trading begins. The participants manipulate, connive and deceive, to vote out the contestant that has started to become a threat to them.

Thus, effectively, Skulls and Roses is a smart combination of MTV Roadies and MTV Splitsvilla, where the twins have leveraged their two most successful creations until now.

And yet, let us tell you that Skulls and Roses is the worst form of reality TV there is. In fact, if you were to ask us to name one thing that is as far removed from ‘reality’ as possible, our vote would most definitely go to ‘reality TV’.

For a genre of content that’s dubbed ‘reality’, nothing seems real on reality shows – not the emotions, nor the passions, and most certainly, not the drama.

Of course, the sets and settings are larger than life and seem to be straight out of Alice in Wonderland; but then, that goes with the territory. Even the over-the-top bravado, the contrived machismo and the cloying sweetness of the contestants are acceptable in the name of entertainment.

It’s the nonsensical drama that the show abounds in, and which shows no signs of letting up till the end, that actually gets your goat.

Or at least it does for the more highbrow and delicately refined sensibilities of some of us. For the rest of the viewers out there, aka the masses, anything goes in the name of reality TV – there’s that word again. The intimacy between the pair that stays back on Rose Island is so fake, that it could give the wax sculptures at Madame Tussauds a run for their money in the fake stake.

And the action, adventure and harshness that take place on Skull Island appear outright scripted and designed to generate empathy. But we never feel an iota of empathy for any of the contestants ever.

Combine that with the moral compass of the proceedings, or the lack thereof, and you’ve got yourself a show that’s high on every basal instinct and depraved human trait there ever was. Deceit, lying, conniving, duplicity, hypocrisy, manipulation – all of these are deployed in varying forms and quantities in the race to the post.

That aside, we now come to the contestants. And the less said about the contestants, the better. Most of the time, the girls are dressed in itsy bitsy thingies, designed to flaunt their curves to the hilt, more than ample curves, if we may add. The guys are no less. Most of them flaunt their bodies in boxer shorts. That none of them – neither the girls, nor the guys – possesses a body that’s worth flaunting is another matter altogether.

Additionally, the quality of contestants is abysmal. The girls lack class, sophistication and looks, in no particular order. The guys are crass, crude and decidedly unsophisticated.

The only good thing about the show is the return of Raghu Ram and Rajiv Lakshman. Although both lack the bark and bite of the times of yore, it is unbridled joy to have them back on our screens, handheld they may be.

All said and done, Skulls and Roses would best be described as a sleaze fest of contrived intimacy and controlled stringency. The greatest dare associated with the show would be to have the nerve to watch the entire ten episodes, each of one hour, no less, without going crazy with the ennui of it.