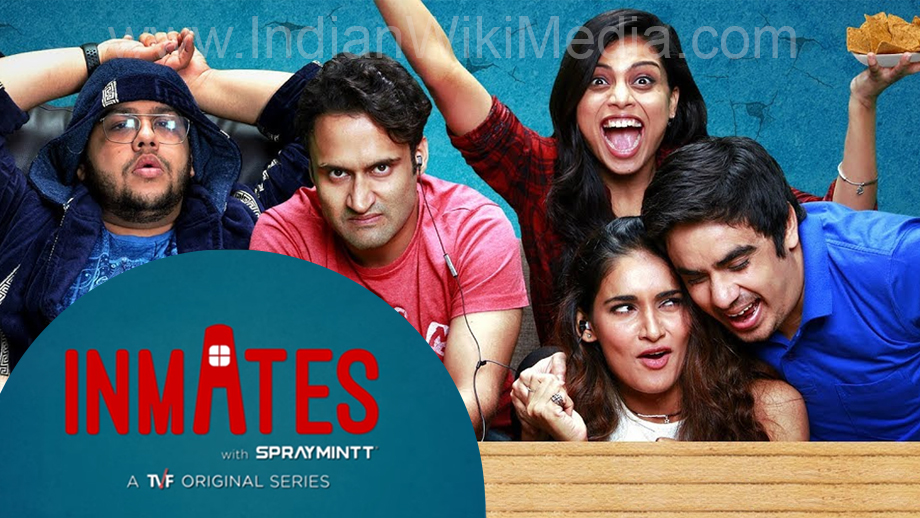 TVF, the Viral Fever, will always remain the Father of Web Content in India. The digital content revolution, if not overstating, began with avant-garde ambitious young creators, TVF and its competitor AIB (All India Bakchod) who could successfully bridge the gap between those who were done watching television and wanted more relatable content.

TVF and its shows, though at times have an undercurrent of sexual innuendos, have shied away from serving sex on the platter to gain viewership. Its slice of life stories have touched the right emotional cords and found a special corner in audience’s heart.

However, when it’s a youth related subject, certain element of boldness does come into the picture.

Thus, the narrative of three bachelors sharing a pad in its new venture TVF Inmates is ideal for such a scenario.

As per the plot, one of the guys, Madhav, is a virgin (Ashish Verma) who is desperate to get laid.  He hooks up with a pretty woman Janet on Tinder, but to his shock, she turns out to be an older lady who wants to spice up her married life.  To add to the fun, her husband wants to watch the action from the sidelines.

The 2nd quirky housemate is a struggler Rahul (Raghav Raj Kakker), who thinks he is the best actor on the face of the earth. He is unable to even clear the auditions arranged by his casting director friend Richa (Akanksha Thakur). The scene where Rahul annoys the senior artist by over crossing his cues is fun.  Richa blackmails Rahul into letting her spend her free time with him on grounds of getting him more auditions. She stays in an upper floor apartment.

The triangle is complete with fat-bearded gaming freak Phugga (Kashyap Kapoor), he seems to be cool cad who believes in ‘live and let live’ philosophy. The fun starts with Phugga’s half sister Kay (Mukti Mohan) joining them.  At first Madhav makes a song and dance about sharing the apartment with an outsider (did not know it was a pretty gal) but when he sees her,  he not only gives up his room for her but also clears his clutter.  Richa’s joke about Phugga’s mother also being a player does not go down well with him, expect more fireworks between them.

The first episode ends with Madhav fantasying about making out with Kay and Rahul warning him on account of she being Phugga’s sister.  We are sure future episodes will unravel  more layers about Rahul and  Phugga, we already know what Madhav will do.   Hope they bring out more issues about bachelor life apart from between the sheets life.   We have no qualms about the use of cuss words for that is the lingo gen next uses.

DJ Kay will be the joker in the pack and we are eager to see what she does. Mukti Mohan has impressed us so far. Her performance in the dream sequence where she seduces Madhav is laudable.

Overall, Inmates is a good attempt but nothing to pat ones back to glory.  It’s more of a leisure watch. IndianWikiMedia would rate it 3 out of 5 stars.

Deepti Devi roped in for Disney Plus Hotstar’s Red Chalk