Actor, Aahana Kumra, who has done web series like It Happened In Hong Kong and Official Chukyagiri, will next be seen in a short film titled The Honeymooner.

“The Honeymooner traces the unraveling of a husband-wife relationship. Tanuj Virwani, who also got a lot of recognition for his stint in Amazon Prime original, Inside Edge, is playing my husband here. He is a very fine young actor, with the potential to go places. When director, Madhur Agarwal (of What’s Your Status fame), who I have known for years, broached the subject, I loved the concept and said yes immediately says Aahana to IWMBuzz.com.

Aahana, who had also done a small role in Inside Edge, did not expect to get so much name and fame. “It came as a pleasant surprise. However, I am not part of Season 2, which is currently on the floor. The fact that we have been nominated for the Emmy Awards just shows how good our product is. It also got me my next film, Yours Truly, based on loneliness. The same will be screened at the upcoming Bussan film festival (South Korea).”

Ahana, who has been around for years, doing features like Sona Spa and The Blueberry Hunt, has no regrets for being unable to make it in mainstream flicks, “for there are lots of permutations and combinations which add on to make commercial films leads.”

She adds: “The web has changed all this, giving all characters their due. It is no longer the norm to have young girls, whose only perquisite is to look good, as leads. Plus, let’s face it; in films, only the superstars call the shots. Digital also gives you the freedom to tell whatever hell you want to say. Actors like me, who were not getting their due earlier, have got a fresh lease of life courtesy this emerging medium.”

Her next big film role is based on Priyanka Gandhi in The Accidental Prime Minister. “We have wrapped up shoot and are awaiting release.” She was also part of the controversial Lipstick Under My Burkha. Aahana, who had done Agent Raghav and Yudh on TV, says, “Although you might question TV content, it is very lucrative. I made good money with the above Life OK crime show.”

What went wrong with the Amitabh Bachchan starrer, Yudh, which had flopped badly on Sony? “Wrong timing; had it come today on, say, a Netflix or an Amazon, the story would have been completely different.”

Besides features, Aahana, who has also a done a fair bit of shorts (Cardboard Thoughts, Ansuni and Queen of Hearts), says, “Digital has changed the ballgame for shorts filmmakers as well. You have a much bigger and easily accessible platform for your narrative.” 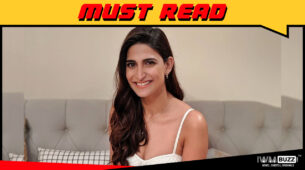 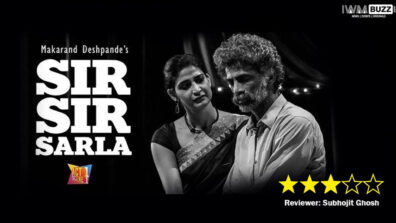