FKP’s next web-series, Kharonch has it all to impress audience. Kharonch has been conceptualized and written by Aarif Shaikh who has grown under the wings of Producer Rajan Shahi in experience and creativity.

Aarif is the Line Producer of Director’s Kut Productions’ successful show on Star Plus, Yeh Rishta Kya Kehlata Hai. And for Aarif, working on the above-said web-series has been a challenge.

Kharonch is an intense subject and talks about how unemployment can affect lives!!

Talking about the concept, Aarif Shaikh told IndianWikiMedia.com, “Kharonch is all about unemployment where people say that there are many kinds of work that one and go and find. But when one looks into the dark reality, in a city like Mumbai where a car costs crores, but for some, even a mere cycle is so very important that it can ruin somebody’s family life.”

On the USP of the series, Aarif explained, “People should watch Kharonch to know the reality of today’s world where we say that a pizza comes in 15 minutes, ambulance comes after the death happens. The USP of the series is its true story and authentic locations. We have also brought in some real characters, for example few characters in the series are all first time performers.”

On his association with Rajan Shahi, Aarif states, “It is an amazing production to work with since I am working with this company from day one. Rajan Sir is like a God Father and he encourages new talent and creativity, whether it comes from a production person or anyone. He is the only person who recognizes new talent and gives them a platform to explore his or her creativity.”

Rajan Shahi told us, “FKP supports and showcases the vision of various technicians and creatives in the industry and different genres. Aarif has been a strong pillar of DKP as the line producer and is very talented. He has made a very intense and gripping series. After Love Sex and Viagra and Guddu Beds Guddun, Kharonch is of a different genre and texture.” 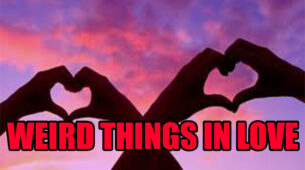 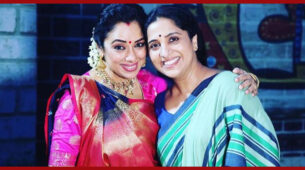