Popular YouTuber PewDiePie hit the 100 million YouTube subscriptions mark this Sunday, sending his fans and followers into delirious ecstasy with the mind-boggling achievement.

PewDiePie devotees had been waiting in keen anticipation for when he would go over the fantastically unbelievable milestone, and erupted into enthusiastic joy when he actually did so yesterday. 29-year-old PewPieDie, whose real name is Felix Kjellberg, is the first individual YouTube creator to hit the 100 million subscribers mark, with no one even remotely close to him.

Indian music label T-Series beat him to mark, achieving the milestone way back in May. But then, T-Series is a huge media conglomerate, while PewDiePie is an individual creator, creating and posting his own gaming videos. And that is what makes PewDiePie’s accomplishment even more of something to marvel at.

The competition between T-Series and PewDiePie to garner maximum YouTube subscribers had heated up to a raging inferno last year, with PewDiePie fans going on overdrive to pull up his numbers. Though T-Series won that round, and also the final race to 100 million subscribers, PewDiePie’s achievement is beyond comparison, a fact acknowledged by YouTube itself, which put out a message on Twitter for PewDiePie, congratulating him on the massive feat.

It has been the culmination of a highly satisfying week for Pewds, as he is lovingly called by the online community, as he has just gotten married to Marzia Bisognin, the love of his life, earlier this week.

Fans of the Swedish YouTuber are over the moon and are going crazy sharing the Social Blade live counter tracker on Twitter, showing the exact moment when the number jumps from 99,999,999 to 100,000,000.

Phew, it sure has been a memorable week for PewDiePie! Now for the next 100 million! 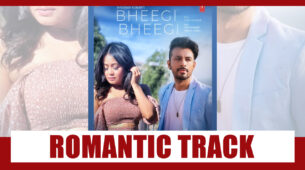 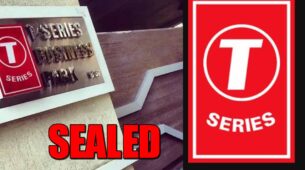