Did you cheer for Tanya & Mikesh’s relationship in ‘Permanent Roommates’? With ‘Pitchers’, you must have surely related to the 4 guys’ struggles when they quit their job to set up their first start-up.

The man behind some of your favorite Indian web series is the creative director of TVF, Biswapati Sarkar or the famous satirist ‘Arnub’.

Did you know he holds a MSc in Statistics from IIT-Kharagpur? Let’s retrace back to see what led to the change in directions… Rourkela-born Biswapati Sarkar was about 10 when he heard of the prestigious engineering institution – IIT. It was his that mother that wanted him to follow in on the footsteps of his maternal uncle who was held in high regard in his family, thanks to his IIT degree. And he did end up at IIT-Kharagpur, primarily due to his mother who slogged to make sure his ‘future was set’. Biswapati had grown up reading books and watching movies. The 90s reforms exposed him to foreign channels on his TV cable network which left Biswapati amazed. His love for cinema continued when he was pursuing his engineering degree. There, while watching a stream of English films, British comedy shows and a Hindi-dubbed version of Titanic is how his love affair with the world of entertainment began.

From Engineering to Comedy 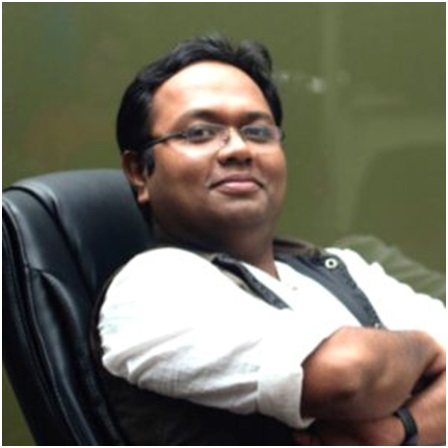 As it happens with most of us, the real challenge was Biswapati Sarkar was to convince his parents. Although his mother knew his affinity for movie and theatrics, she was completely against his change in career plans when he told her so.

A lot of gentle coaxing and a pre-placement offer from TVF finally led to his mother agreeing.

Biswapati started his career as a script-writer at The Viral Fever (TVF) which later led him to becoming an indispensible part of the channel. And thus began his long, fulfilling journey at TVF… At a time when India was starting to discover the wonders of internet, TVF which was at its nascent stage, bought in satirical skits and comedy sketches mostly written by Biswapati himself. The Indian comedian made his acting and writing debut with ‘Chai Sutta Chronicles’, which was immensely appreciated.

But it his YouTube talk show series TVF’s ‘Barely Speaking With Arnub’, wherein he essayed the role of ‘Arnub’ who is a parody of Indian journalist Arnab Goswami, that made him an internet sensation. Wow! One hell of an inspirational journey that!