The writing is the star of the show, and delights viewers with its enthralling twists, turns and cul de sacs 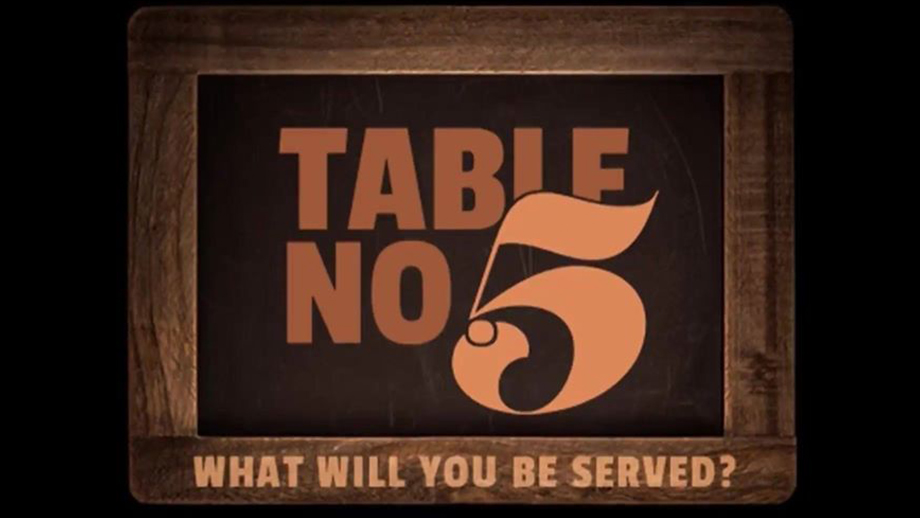 Zee5 may be is the new kid on the block in the Indian OTT content-scape. But, a babe in the wood, it most definitely is not. In fact, it is quite the opposite. The truth is that it is poised to give the Netflixes and Amazon Primes of the world a run for their considerable money, with original content that is as compelling as it is creative.

Table No 5, the latest web series from the Zee5 stables, proves beyond doubt the veracity of the above statement, nay, fact. Obliged to watch it for the sake of our loyal readers, coz we love reviewing the latest shows for you, we were drawn into its quirky complexities, and, unbeknown to us, were caught in its depths, lock, stock and barrel.

Intrigued? Well, read on, as we dissect what’s dazzling and what’s drivel, about Table No 5-

At its heart, Table No. 5 is an edgy thriller, consisting of six suspense-laden episodes, all centred around Table No. 5. The table is therefore, effectively, the lynchpin of the show. It is where inexplicable events take place- bizarre murders, paranormal activities, unfathomable magic, spooky affairs, and quirky twists of fate.

The bizarre tales that make up Table No. 5 are deliciously esoteric, enigmatic, and eclectic. They keep you on tenterhooks, even as you are left flummoxed and flabbergasted by the eccentric endings. Each story, almost Hitchcockian in style and suspense, draws you into a swirling vortex of implausible events, and ensnares you in the proceedings. The end, when it comes, makes you gasp out loud with its startling suddenness.

The writing is the star of the show, and delights viewers with its enthralling twists, turns and cul de sacs. But then that’s obvious, given that the show has been written by one of unquestionable pedigree- Bhavesh Mandalia, yes, the very same, writer of OMG – Oh My God. Soaked in serendipity, infused with the flavours of dramatic bravado and garnished with a hefty dose of humour, Bhavesh serves up a delicious smorgasbord of dazzling writing.

And then, there’s the acting. The accomplished performances of the lead actors take the show to a sublime level of perfection. Table No. 5 boasts an eclectic bunch of talented actors, giving some of their best performances ever, in the series. Namit Das, Mohan Kapoor, Ashish Verma, Vaishali Thakker, Jasmeet Singh, Swanand Kirkire, in a hugely interesting role, and  Pitobash Tripathy, are some of the notable mentions. The background music is an unlikely hero in the proceedings. It takes on a character of its own, playing a significant role in adding to the thrill of anticipation and expectancy.

The bizarre tales that make up Table No. 5 are deliciously esoteric, enigmatic, and eclectic. They keep you on tenterhooks, even as you are left flummoxed and flabbergasted by the eccentric endings. Each story, almost Hitchcockian in style and suspense, draws you into a swirling vortex of implausible events, and ensnares you in the proceedings

The direction is on point too. Each story is handled with exquisite artistry and consummate skill, bringing out the latent nuances of the story. Every episode sees the suspense rise steadily, build-up to a riveting crescendo and then, explode into an astounding climax– oooh, deliciously spine-chilling, we tell you! Amar Kaushik and Vishal Furia ably share direction honours.

Yet, the question remains, what is so unconventional about said table no. 5? In one word– nothing. Table No 5 is a nondescript table, covered with the ubiquitous, red-and-white-checked table cloth, lying on one side of an Irani restaurant. There’s nothing mysterious about Table No. 5 per se. It could have been House No. 5, Street No. 5, Room No. 5, or anything else numbered 5, for that matter.

What’s unconventional are the characters, the stories, the twists in the tale– they entice, enamour and embroil us in their unconventionality and eeriness. The stories change shape like shifting sands, mesmerising us with their gambols and gyrations. Each story is vastly different from the other, with the promise of unbridled thrill being the only common element between them. The farfetchedness of the stories does rankle, at times, if we must say so. But then, that is one transgression by the show, which is easily forgiven.

In the fiercely competitive space that is the Indian digital realm, Table No 5 stands heads and shoulders above other, commonplace web shows, populating the domain. It sparkles and shines, glitters and glimmers, like an oasis in a barren desert, beckoning viewers with its promise of storytelling nirvana. And we, the viewers, parched for captivating content, gravitate towards it in the hope of blessed succour.