One of the biggest crime dramas in the Indian digital circuit is going to be back. But, let's first see why we fell in love with it in the first place. Mirzapur is the show that has taken every other crime thriller in the country by storm. Its linear storytelling is something that is second to none. The dialogues and story are extremely well-written and it has now slowly started to set a certain path for itself. However, everyone knows that Indian audiences have a soft spot for crime thrillers, especially gang-related. It can be seen with the ever-quotable ‘Parinda’ and so many others. It will always remain a fan favorite.

1. “Tum Vishuddh Ch** ho”. He formulated this phrase on his own. The word Vishuddh means pure and ch**ya means nonsense, and together the phrase means ‘he is a pure nonsense person’.

2. Akhanda’s house was shot in ‘Moti Jheel Haveli’ in Varanasi – The production designers took 10 days to restore the dilapidated exterior of the haveli and bring in the architectural heritage. At the same time, care was taken to preserve the original murals painted on the walls of the haveli.

3. Bablu’s black diary – The black dairy that Bablu carries everywhere has a ‘T’ embossed on it, which stands for Tripathi. It was customized by the production design team post the creative discussions on the project.

4. To our surprise, the ‘compounder’ character played by the actor Abhishek Banerjee, also happens to be the casting director of the series.

5. Fake Opium was created by the production team – The team made two types of fake opium. The first type was made by melting the mixture of various kinds of dark chocolate and milk. It was later cooled and cut into small pieces. The second type of opium was made of a dark clay and was used as a prop in the scenes involving the making and transportation of opium. 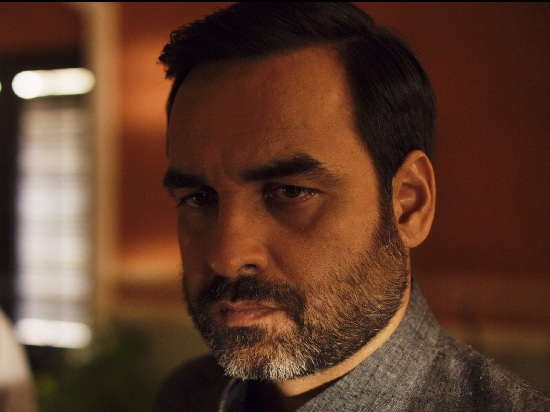