Edward Sonnenblick the ‘angrezi’ with the ‘desi’ heart is the go-to foreigner artist in India. Only one name comes to mind when thinking of who could possibly fill the vacuum in Bollywood left by Tom Alter…Edward Sonnenblick, the hugely talented American actor.

Since first making waves for his award-nominated double role in Zee TV’s Jhansi ki Rani, he’s been quietly building his reputation for 10 years now, as the go-to artist in India whenever a foreign actor is required for a substantial role.

And with his current crop of projects, it looks like his journey is set to take him to new heights.  He is now set to star along with Kapil Sharma in his next film, Firangi, in which the two share a crackling unique chemistry.

Just as at-home in a light hearted film like Firangi as he is in intense roles, his versatility will be on full display in ALTBalaji’s hard-hitting web series, BOSE: Dead/Alive, wherein he plays the British police commissioner obsessed with tracking down the elusive Netaji.

As if all that wasn’t enough, he currently hosts (in Hindi) the Epic Channel’s hit show, Indipedia, where he explores aspects of Indian culture often overlooked, a job for which Edward, being such a die-hard Hindi speaking  Indophile, was a natural choice.

Like the legendary Alter, Edward, with his Angrezi exterior yet Desi soul looks poised to become the country’s next adopted Firangi son, one who’s here to stay. 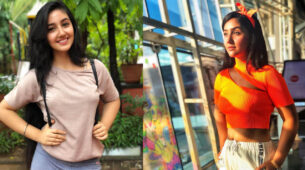