Inspired by true events, Abhay is a Zee5 original. The crime thriller revolves around Abhay Pratap Singh, a sharp investigating officer with the mind of a criminal, who can go to any extent to solve a case. He sets out in the dark, gruesome world of crime to save innocent lives while dealing with his own personal demons. 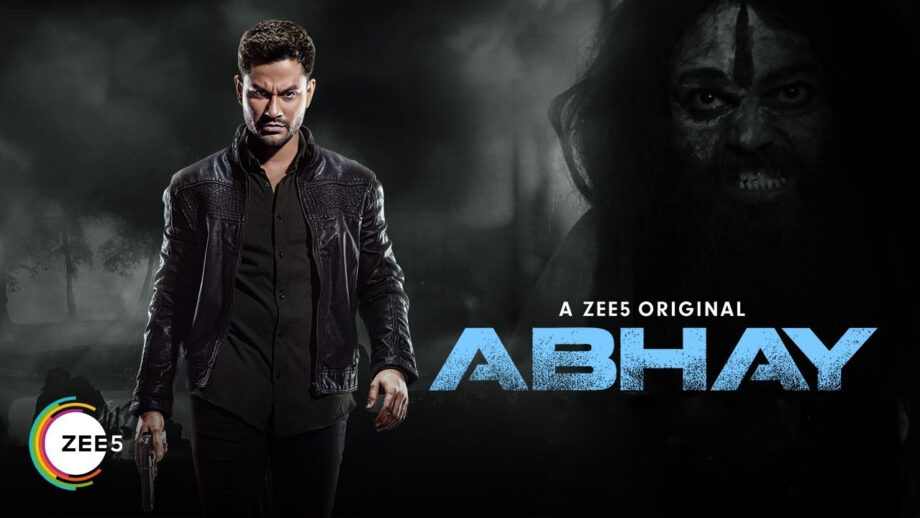 It stars Kunal Khemu, Deepak Tijori, Elnaaz Nouzori, Rituraj Singh, Maninee Mishra, Sandeepa Dhar, and Gopal Singh. This cast did a wonderful job and they are what made Abhay what it is. ZEE5’s web series “Abhay” with Kunal Kemmu in the title role as an unsmiling cop from the Special Task Force who investigates impossibly complicated criminal cases, is a thriller that throws away its potential by indulging in excessive gore. The makers almost seem to enjoy describing depravity in detail.

The first episode was a takeoff on the notorious Pandher case where a businessman and his house-help kidnapped scores of children, brutalized them and, hold on to your stomachs, cut them up and ate them.

Another episode has the talented Anshuman Jha as the ‘honhaar beta’ who batters his parents to death and holds a girl, befriended on social media, captive in the house.

Anshuman is chilling in his sociopath’s avatar. The evil glint in his eye serves as ample warning that something is not right here. Maybe he knows what we don’t.

The overall presentation is tightly wound and engrossing. But the violent content must be toned down, as it borders on brutal insensitivity.

It has an amazing story, but the portrayal is a bit too much. We are eagerly awaiting season 2, as we feel that season 1 didn’t do justice as it should’ve, but we earnestly hope that this time there are less brutal scenes.

Hot And Stunning Looks Of Kunal Khemu In Track Suit