When it comes to the South Film Industry, style and swagger have always been an indispensable part of the lives of these stars. The South films are known for being overboard when it comes to action and the most fascinating and hilarious part about the same is people even accept it as the ‘norm’. But this very pattern of South movies has given birth to many stars who are literally ‘cult’ figures in their own right and when it comes to being a ‘cult’ figure, mention of two names are a must, Allu Arjun & Vijay Deverakonda.

While Allu Arjun is known for his impeccable dancing skills and high-octane action moves, Vijay Deverakonda is one of the biggest ‘style inspirations’ and his beard style is imitated by his legion of fans and admirers. The success of Arjun Reddy and Kabir Singh helped him immensely in bagging his first-ever Bollywood project opposite Ananya Panday. Both Allu and Vijay are huge names with a fan following all across the country but guys, if given a chance where you had to pick just one between the two to hail him as the ‘King Of Style’, whom would it be and why? 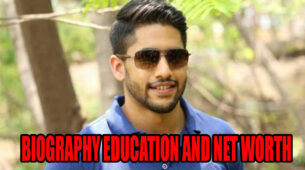