Check out these hot and sensual photos of Gal Gadot!

The famous Israeli actress and model, Gal Gadot, from Hollywood has been loved by many. She has gained a lot of popularity and recognition for her marvelous acting skills. The beauty is well known for her role as ‘Wonder Woman’ or ‘Princess Diana of Themyscira’ in the DC Universe movies. Gal Gadot is a former Israel Defense Forces officer. But other than that, she also became Miss Israel in the year 2004, when she was just 18 years old. The actress has appeared in some brilliant movies like Fast & Furious franchise movies, and others like Kicking Out Shoshana (2014), Criminal (2016), Triple 9 (2016), and many more.

Gal Gadot has always nailed it with her wonderful acting skills. But, other than that, she has also got great modeling skills. Gal Gadot has been seen on the cover pages of many prestigious magazines and attended several photoshoots. She looks absolutely beautiful in all of them. Gal Gadot looks absolutely sexy and hot in every picture. She has always nailed it with her stunning photos. The Internet is full of her pictures and they are too hot to be handled.

Thus, here we are with a series of hot and sexy pictures of Gal Gadot that will make you sweat in no time. Have a look at these beautiful pictures of the Hollywood actress!

Shooting this amazing editorial at my home base with my home team was truly special to me. I’m so grateful I get to visit the most fascinating places, to meet the most incredible people and play the characters that I care about , and at the end of the day I’ll always be Gal from a small country in the Middle East and I was extremely proud to take @vanityfair with me for a couple of days on the Mediterranean coast line. Photographed by: @dudihasson1

Challenge accepted 🤍🖤🤍🖤 Thank you @sofisia7 @aninebing @flowerobsessions and @alonatal having good hearted, strong and inspiring women in my life has been one of the greatest gifts.. sending a big virtual hug your way🎀 photo by @dudihasson1 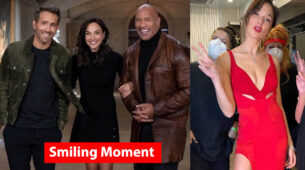 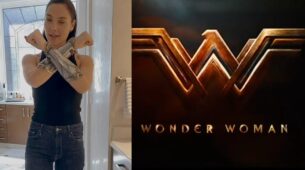