Kannada star Yash thanks his fans for making him what he is today, as he celebrates his birthday. 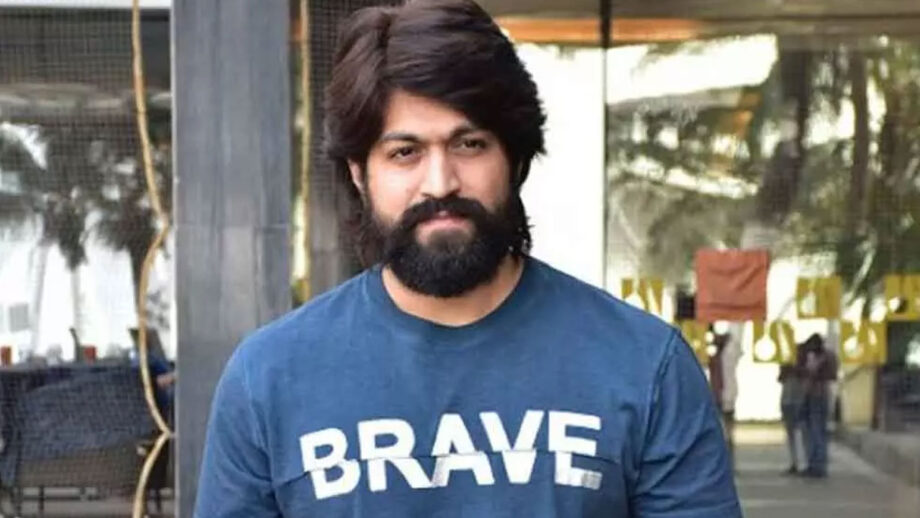 ‘Rocking Star’Yash turned 34 on January 8 with the whole state of Kannada almost coming to a standstill to celebrate the grand occasion.

A whopping 5,000 kg cake was prepared by his fans.

Humility personified, Yash has only gratitude for his stardom. “I am what I am because of my fans and well-wishers like you who believe I’m a good person. But believe me, I am as good as you are to me.”

Yash feels his world is complete now that his son is born. “My wife, my daughter and now my son are all that I want, all that I need. They don’t just make my world go around. They ARE my world.”

Yash whose superstardom touched unbelievable heights after the release of KGF in 2018, is now in the midst of shooting KGF 2 which will pitch Yash against ‘villain’ Sanjay Dutt.

Says Yash, “Yes, he’s playing the archvillain named Adhere. Since he is pitched against me by the script there are some major fight sequences between us. We’re working towards making the action sequences very special.”

How special? I ask. “As special as Mr Dutt’s fans and my fans would expect them to be when we come together. It is very important for us to make sure everything is larger more crowd-pleasing this time than the last time. And I promise you won’t be disappointed.”

Yash reveals that this time they are shooting a separate Hindi version of the franchise. “We’ve actors from Tamil Nadu, Andhra, Karnataka and Mumbai. And they will bring their own cultural flavour to the table. But I must say KGF is not about the spoken language. The visuals and emotions are the mainstays of the film. Everything that the audience will see and feel would add to the film’s strength as a path-breaking franchise.”

With KGF 2 Yash goes international. “The first part too penetrated the international market, though not as much as we’d have liked to. This time we hope to be better equipped to make inroads abroad. Lots of foreigners have watched KGF. This time we hope to make a world-class film. Audiences’ expectations are so high we don’t want to disappoint them. We want to make sure they get what they want.”