Tanushree Dutta opens up on her MeToo battle with IWMBuzz With Nana Patekar’s NGO suing Tanushree Dutta for defamation, the actress who is rightly considered the pioneer of the MeToo movement in Bollywood, finds herself being pushed financially and emotionally into a corner by forces much more powerful than her. Tanushree speaks to Subhash K Jha

Tanushree, isn’t it ironical that you were slapped with a hefty defamation case on the same day when Harvey Weinstein was sentenced to 23 years in prison for sexual offences?

It’s ironical really that not only am I fighting for justice alone with no sign of redress for my personal losses but to be inundated with legal threats for speaking out against harassment and corruption is another level of anarchy in India.

This must be really tough on you?

It’s been very hard on me emotionally, psychologically and financially these 12 years after the mob violence on the sets of Horn OK Please in 2008 instigated by Nana Patekar and his goons. I had gone into severe depression post that episode for many years because the level of cunning manipulation, public humiliation and threats I had to endure was too much for me.

Are you getting any support from the Hindi film fraternity?

No. Instead of getting justice and getting rehabilitated into work in Bollywood, my primary source of income, I have further been pushed and forced into legal hassles by these people while everyone else watches the drama. I will remember this for sure and make a report of it. I feel like I have been let down a lot by many people and I will return the favour when I rise to power again, and I will.

What impact do you think this defamation case against you would have on the MeToo movement in the Indian entertainment industry?

What I’m most concerned about is what impact might it have on women, girls and boys of the next generation who are being taught about feminism, human rights and empowerment?? I mean you can’t beat the trumpet on empowerment and then have a corrupt and outdated legal system bind you with loopholes.

Do you feel the legal system in India favours the powerful?

I maintain my earlier conviction that when it comes to human rights, women’s safety and anti-corruption, India still has a long way to go to catch up with America. In India, too many bad people calling the shots and too few good people lending a helping hand.

Do you intend to continue your battle against these powerful sexist forces?

It’s my calling and dharma to fight the good fight, for I belong to that warrior class of angels who are trained to fight and win battles that affect change for whole humanity. I just wish I had an army of other such people behind me and not have to go at it alone all the time. Sadly, I haven’t met anyone else from my tribe of warriors yet. So I guess I’ll continue this lonely battle. With God’s grace, I believe I will be fine. 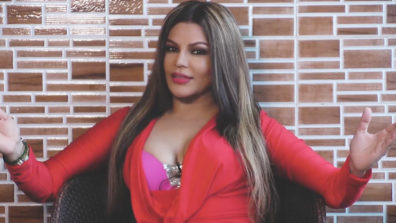 I will file counter defamation suit of 50 crores on Tanushree Dutta: Rakhi Sawant 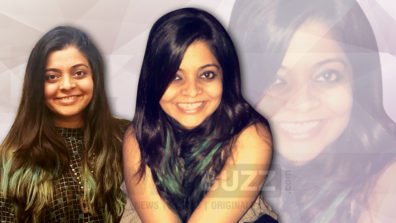 The names which haven’t surfaced should be scared, as it’s a matter of time, when they do: Writes Nivedita Basu on #MeToo movement