Q) In ‘Luka Chuppi’, you started as an intern in the film and now in ‘Arjun Patiala’, you again play a journalist and this time a crime reporter. On a lighter note, how happy is Kriti Sanon with her promotion? Kriti – (Laughs) I am very happy. I think itni jaldi promotion aur job kissi […]

Q) In ‘Luka Chuppi’, you started as an intern in the film and now in ‘Arjun Patiala’, you again play a journalist and this time a crime reporter. On a lighter note, how happy is Kriti Sanon with her promotion?

Kriti – (Laughs) I am very happy. I think itni jaldi promotion aur job kissi ko nahi mili hogi and it is a very serious job. Ritu Randhawa as a character is immensely passionate about her job. She is a reporter from Firozpur. Thoda sa Punjabi flavour hai film mein bhi aur character mein bhi. Punjabi girls are very bindass in general. If someone is trying to harass them, they won’t hesitate to slap them and give it back. As an actor, I tried getting both the sides of journalist, one that is in front of the camera and one that is off it. I went through a lot a bloopers to be honest.

Q) Do you think owing to ‘Luka Chuppi’’s success with ‘Maddock Films’, ‘Arjun Patiala’ will also get a push forward and get that advantage?

Kriti – Well, I personally don’t feel that a new film working or not will depend on the last film. But yeah, ‘Luka Chuppi’ did well and it was a romantic comedy which was received well by the audience. This one too is a comedy but in a slightly different way and hence given that background into consideration, I feel yeah it should be a positive thing. Fingers crossed. Q) How similar is Kriti’s character in the film to Kriti in reality?

Kriti – I think pretty different. The ‘What I say is what I do’ factor in the film character is definitely not similar. I can probably say that I can slap but I will think 10 times before doing it. (Laughs) Also she is a journalist and she thinks quite differently. The thought of process of Ritu Randhawa the character and Kriti Sanon in reality is quite different that way.

Q) Do you think performing comedy on screen and making people laugh is a difficult task?

Kriti – I think so. It is a difficult thing to make people laugh. Some people have a natural flair for comedy. I think Diljit is naturally very funny. I don’t think he even realizes that he is funny. You need to have the right rhythm and timing for comedy. It is a lot about reactions at the right time.

Q) Do you agree that when an actor is naturally very funny ,like say Akshay Kumar for example, it makes the portrayal of comedy easier on screen?

Kriti – Of course. When someone is not very humorous naturally, I think it will be extremely difficult for that person to pull off comedy easily. Akshay sir has a great comic timing in real life as well. Even Riteish (Deshmukh) so to say. These people are naturally so funny and are so good at it hence. I remember Akshay sir telling me that “Punjabi jokes are extra funny. The same joke might not be so funny in English or Hindi but it will end up being hilarious in Punjabi”.

Q) Do you think after ‘Luka Chuppi’, the perception of the audience towards live-in relationships has changed?

Kriti – Honestly saying, we weren’t trying to change any perception. I believe in the funda of ‘Live & Let Live’. I feel that when two people decide to live with each other, the only people deciding for them should be themselves. Nobody else has the right to decide for them. There are too many ‘social norms’ at the moment.

Q) Your all-time favourite comedy shows on TV and comedians in the industry?

Kriti – There are so many. ‘Hum Paanch’, ‘Shararat’ ‘Sarabhai vs Sarabhai’ . There were so many of them. And as far as favourite comedians are concerned, Govinda sir is so amazing. Mehmood sahab is great. Then there’s Johny Lever sir, Pankaj Tripathi sir, Sanjay Mishra ji and so many.

Q) How has your experience of working with Akshay Kumar been in ‘Housefull 4’ ?

Kriti – Amazing. I admire everything about him. The way he lives his life, the way he goes about his fitness, discipline and work ethics is so amazing. He has told me that he has not missed a single ‘sunrise’ and I was like ‘wow’. There’s so much to learn from him. The number of films that he does plus the number of holidays that he takes, I don’t think anyone can match up with that ratio.

Q) Lastly, Kriti, not many know that you have a knack of writing wonderful poems. So in the future, can we see you publish a book of your poems compiled or something?

Kriti – Yeah, that is possible. Likely to happen in the future. I would love to do that. 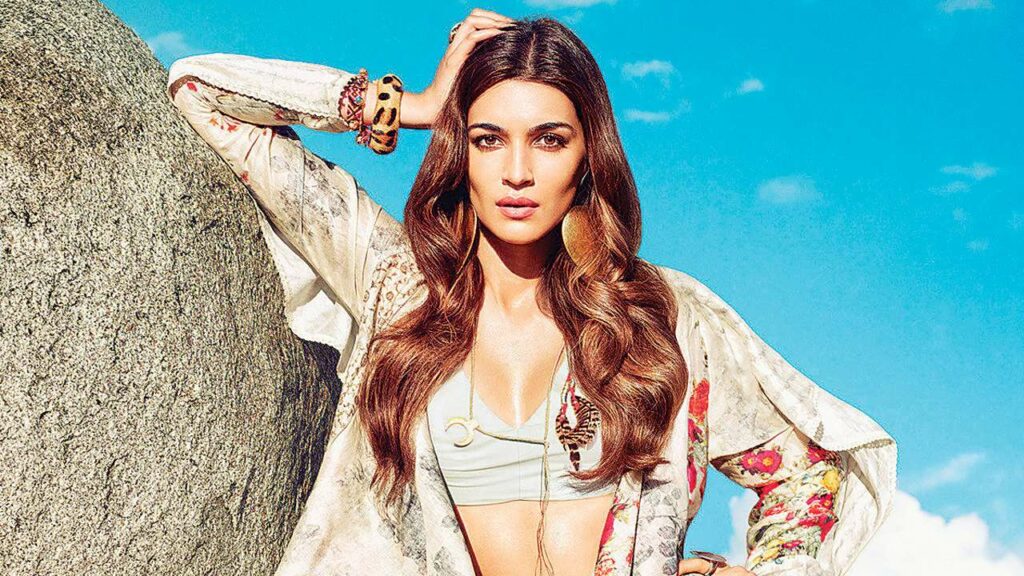 Kriti Sanon stuns netizens with her color-blocked slip dress with a thigh slit, have a look

When Is Prabhas & Kriti Sanon’s Next Movie Adipurush Actually Releas...

These 5 Stylish Looks From Kriti Sanon Are Worth Stealing

Kriti Sanon and her curvaceous looks in bodycon dresses

Kiara Advani To Kriti Sanon With Mahesh Babu: Which Jodi Is Your Favou...

Akshay Kumar and his fitness mantra

Akshay Kumar To Work With Sajid Khan? Banish The Thought!

Ashleigh Barty Is Knocked Out By Opponent Muchova In Quarters