Review of Bad Boys For Life: Is it that good? | IWMBuzz
Subscribe Now
Movies | Editorial 17 years after their last outing, the newly reunited Will Smith and Martin Lawrence, Bad Boys now pushing 50, are back together.

And I wish they weren’t.

Bad Boys For Life is a purposeless pilgrimage into a fast and spurious franchise which has long lost its sheen and relevance. Yes, the crackling (and hissing) chemistry between Smith and Lawrence is intact. And some of their barbed exchanges in this superfluous sequel’s preamble are genuinely warm and funny.

Smith’s determination to carry on with his machismo act based on the dog-eared badge, and Lawrence’s resolve to retire (Smith has Lawrence stored on his phone as ‘Quitter’) are adeptly played out.

But then, sigh, the plot kicks in. And the kick is a joke. It’s as banal as any sequel trying to stay relevant, long after its peak time is done. The villains, the party-crashers so to speak, is a mother-son drug-cartel played by Kate del Castillo and Jacob Scipio who behave more like lovers than parent and child. Definitely something very Electra about this pair. And that’s fine. The Bad Boys franchise is about boy-zoning all the way to borderline homosexuality.

Speaking of the mother and son evil caucus, they speak only Spanish and it’s okay not to read the subtitles. They say nothing that we don’t already know about wanting to kill every authority in the American bureaucracy whoever came in their way. Will Smith is gunned down very early in the narrative. We don’t hold our breath as he fights for his.

No one seriously believes Will Smith dies in the script 15 minutes into the narrative. No surprises for most of the film even when key characters are gunned down. Towards the end, there is a BIG REVELATION meant to shake us out of our popcorny indolence. But the revelation had me laughing most unintentionally. Who writes such outlandish tripe in this day and age when the cinema is no longer only about fast cars and cheap thrills?

Evidently cinematic renaissance has not reached the architects of the Bad Boys series. I expected Will Smith to know better. His last film Gemini Man where he played his own son, was a far more fresh take on the politics of comic-book violence. Bad Boys For Life is at best, a time-passer to be seen when you don’t get tickets to 1917 or Jojo Rabbit. Or if you are a diehard Will Smith fan who doesn’t mind watching the Superstar struggling to stay afloat in a product that expired while we were watching Logan’s Run. 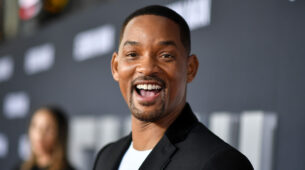 Watch: Will Smith's heartwarming singing is beyond adorable 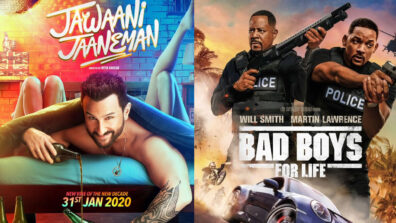