The utterly shocking unethical and illegal video apparently shot by a ward boy at the hospital where Rishi Kapoor breathed his last, capturing his dying moments violates the actor’s private space on so many levels, it is a straight case of a law-breaking public servant misusing his power for self-advancement.

Singer Adnan Sami is livid, he says, “He’s a fu**ing bastard who should be punched in the throat and should have a living snake shoved up his a**!! The hospital should take strict action against him for this- in fact, the hospital should be sued for this and made an example out of for all hospitals to take cognizance of the fact that serious consequences would occur if such a disgusting unprofessional and unethical act ever takes place again!!! What happened to patient-doctor confidentiality? WTF! ”

We fans and friends of Rishi Kapoor sincerely advocate strong judicial measures against such brutal violation of a dying individual’s private space. Find out what Adnan Sami is listening during lockdown 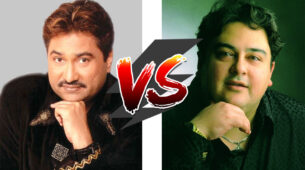 Kumar Sanu Vs Adnan Sami: Who Is The Best Melody King? #BattleCovid19: Adnan Sami shares about his lucky escape from being exposed to the Coronavirus