“We’ve decided to let her say what she wants. It’s an oath of silence,” someone very close to Ranbir Kapoor said in response to Kangana Ranaut’s tweet that she would like Ranbir Kapoor, Ranveer Singh, director Ayan Mukerjee and Vicky Kaushal to undergo a drug test to prove that they are not cocaine addicts.

At the lowest level this a pure slander. But those in the range of fire are not planning to retaliate.

“To even consider responding to her allegations would be a form of acknowledgment. So no. Nobody is going to say a word no matter how serious the accusation,” says the close friend. 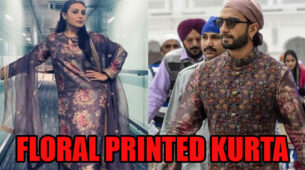 Are Deepika Padukone And Ranveer Singh Losing Their Popularity? Dismay Over Deepika Padukone's Name In The Drug Chat, Ranveer Singh Stands Solidly Behind His Wife