Housefull 5 to have the biggest cast till date 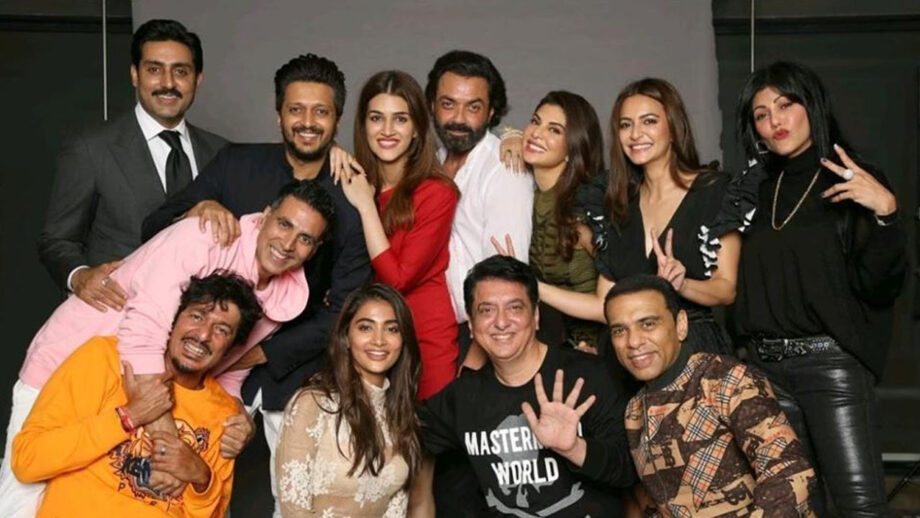 When it comes to the genre of ‘no-brainer’ comedies, the Housefull franchise tops the list. When the first Housefull came in the year 2010, little did maker Sajid Nadiadwala and the gang know that the franchise will continue to run successfully and will have 4 sequels till date.

What’s best is the fact that a sufficient amount of breather and cooling time was given to the audience to ensure that all the sequels sink in from time to time. If Housefull came in 2010, Housefull 2 came in 2012 and Housefull 3 and 4 followed in the years 2016 & 2019 respectively.

But the biggest news involving the franchise has developed only now. As per information, the makers are planning to create Housefull 5 which will have the biggest ensemble cast of all the main actors who starred from the first movie till Housefull 4. Hearing this, fans are already excited as they are gearing up for the 5th sequel.
Well, all we can say is if it turns out to be true, it is certainly hot & happening for the Housefull franchise. For more such updates, stay tuned to IWMBuzz.com.